The search for new jobs is well underway for laid-off Kellogg's workers as the countdown continues to the London plant's closure.

A little over a hundred people remain at the plant, but the vast majority of employees have been out of work for over two months.

They do have a resource other job seekers don't, the Kellogg's Action Centre, but it hasn't helped everyone.

Former employee Rob Duchesne has all the qualifications to be a millwright apprentice, so far he's had no luck, but he's hopeful a posting will appear.

After 14 years at the plant, he's one of hundreds looking for a new opportunity.

Simon Blastock was at Kellogg's for 12 years and Donna Lyons was three years away from earning a pension, now both are in similar situations.

Each is also serving as a peer helper inside the Action Centre on York Street to help ease the transition of their former co-workers.

"Some are scared to death to be in here, because they've never done an interview, they've worked at Kellogg's for 30 years," Lyons says. "They don't know, it's scary out there, even for myself it's pretty scary."

Most of the remaining employees in the plant will finish on Dec. 10 and a few will stay on until just two days before Christmas, then the Action Centre expects an influx of people.

But the reality of the employment situation may be tough to accept. Only about 20 former Kellogg's workers have landed full-time jobs in London at similar operations with similar pay.

The rest, those who have not retired or left London for a job, are still looking, though some have found contract jobs with few benefits and half the wages of their former $30/hour job on the Kellogg's line.

Blastock says "It's a lot to take in and it's a lot of change for a lot of families. So if anything we are this support network for them."

Duchesne agrees, "Everybody's going through the same thing and everybody that walks through the door gets a smiling face and somebody that you know."

WATCH: Home listings aren't keeping up with the pace of buyers: President of Realosophy
_

WATCH: How working from home could shift the way cities function
_ 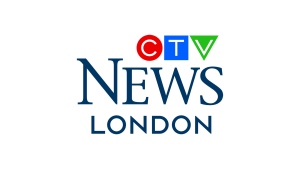