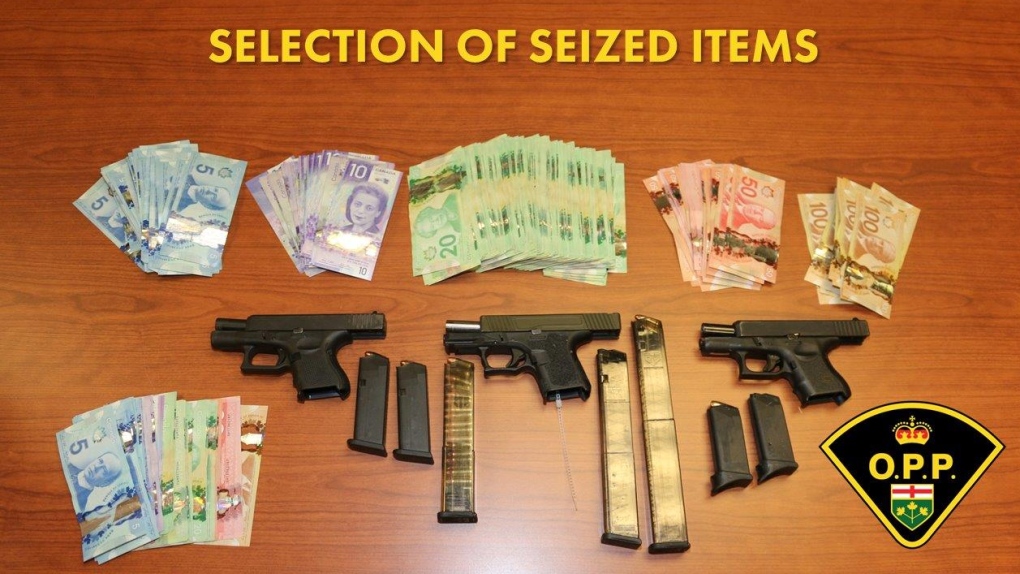 Cash and guns seized during a weapons investigation on the Chippewas of the Thames First Nation on July 26, 2020. (Supplied)

LONDON, ONT. -- Seven people are facing various weapons and drug charges after multiple gun shots were fired on the Chippewas of the Thames First Nation.

Police were called to the 400 block-area of Middlemiss Drive shortly after 8 p.m. Sunday.

Officers located seven suspects at the scene and were detained without incident.

Two London women, a London man and four residents of the Greater Toronto Area have been charged with numerous drug and weapons offences.

Six of the suspects will appear in a London court on Oct. 19, while one of the accused remains in custody and will appear Wednesday.