Want to survive a zombie apocalypse? Study says get out of London 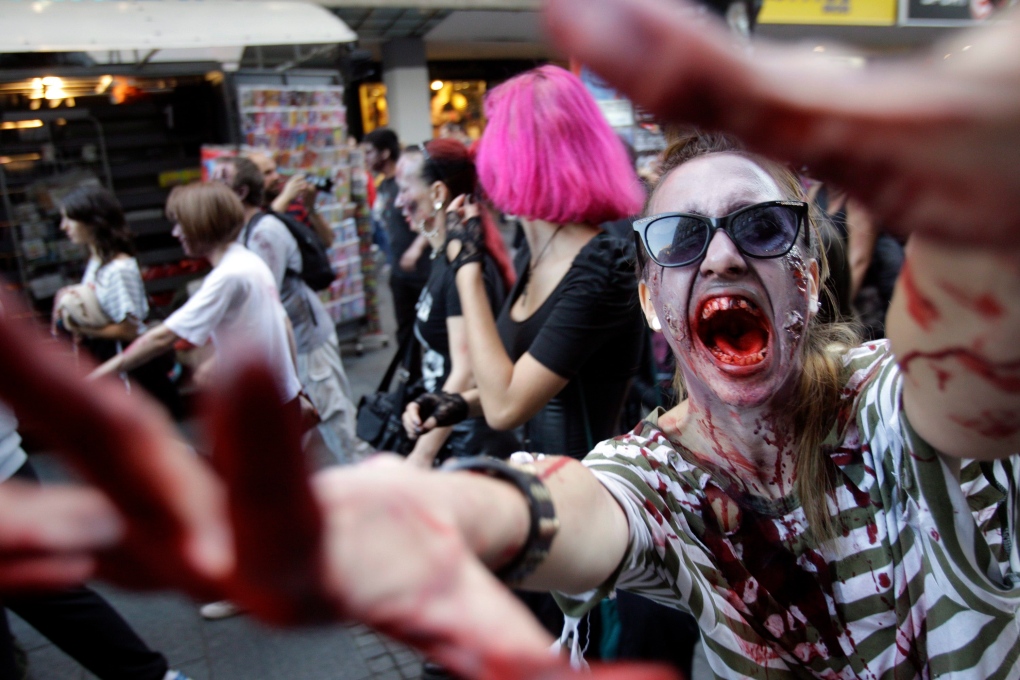 Fake blood is used as people act-up in front of the camera in Belgrade in this 2012 file photo. (AP Photo/Darko Vojinovic)

London is a terrible place to live if you’re looking to survive a zombie apocalypse, at least according to a non-scientific study.

University of Alberta graduate and author Michael Ross compiled a list of Canada’s 20 largest cities, and ranked them according to survivability in the event of a zombie apocalypse. At the top of the list, St. John’s, N.L., and near the very bottom is London.

The study exams several key factors including gun ownership, obesity rate, climate and distance from a military base.

“Don’t live in southern Ontario – it’s a zombie playground,” Ross writes. “Ontarians don't have a lot of guns, southern Ontario is relatively warm, and there's really nothing special going on in terms of physical activity and obesity.”

Regina, Sask., and Edmonton, Alta. were among the top scorers. Other southern cities like Windsor, Toronto and Hamilton joined the Forest City at the bottom of the list.

“Do live in a provincial capital. They tend to have military bases, and more often than not are large with relatively low density”