Snow squalls cause delays, cancellations in Huron and Perth counties 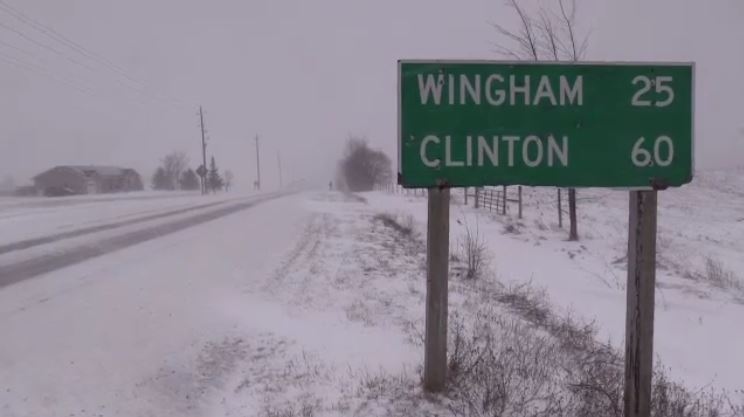 Parts of southwestern Ontario saw the return of winter weather Wednesday, and more is expected into early Thursday.

There were also slick and snowy driving conditions in parts of Lambton, Bruce and Grey counties.

A heavy band was affecting Huron and Perth toward Kitchener-Waterloo Wednesday afternoon, and was expected to stall near London by the evening hours.

The squall is expected to weaken early Thursday morning, but not until it drops anywhere from just a few centimetres up to 15 cm of snow.

Travel is expected to be hazardous due to reduced visibility in some locations.