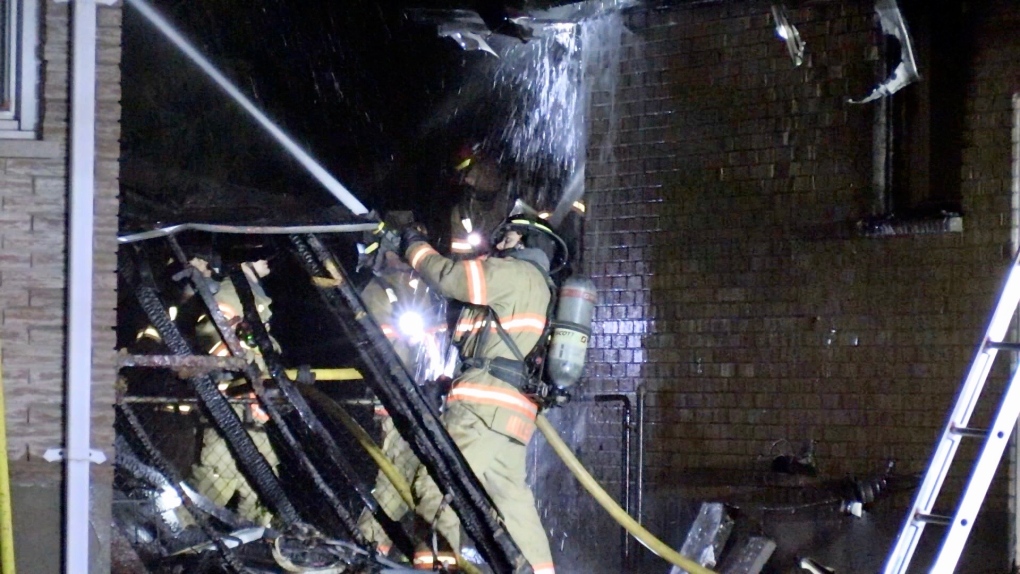 LONDON, ONT -- A garage fire caused extensive damage to two homes on Wavell Street Monday night but luckily no one was injured.

The London Fire Department first reported the fire just after 10 p.m. saying a fire in a garage at 1935 Wavell had spread to homes on either side of the structure.

Just before 11 p.m. officials reported that the fire was under control, however both homes had sustained heavy damage.

Families within both homes were able to get out without harm. 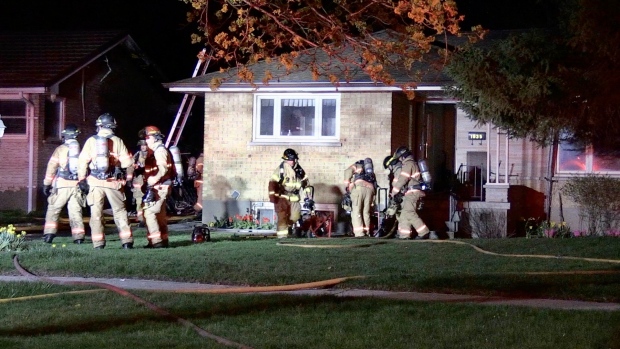 A fire investigator has been called in to determine the cause of the fire.

A full damage estimate has not been released.

Ontario's fire marshal says there's been an increase in fire deaths with COVID-19 forcing people to stay home and do more cooking.

Jon Pegg says there have been 51 fire fatalities between Jan. 1 and May 4, a 65 per cent increase over the same time period last year, with 17 Ontarians having died in March alone.

It isn't clear how many deaths were due to cooking, but unattended cooking is the leading cause of house fires.

The fire marshal is also warning people not to use a microwave to sterilize masks or other personal protective equipment (PPE) because they are not designed to heat cloth and some masks have metal in them, so there is a risk of overheating and catching fire.

It is something that has already become an issue in the United States and United Kingdom.

"Heating a face mask in a microwave, in an effort to decontaminate it, is a potential fire risk and should never be done," Pegg said Tuesday in a release.