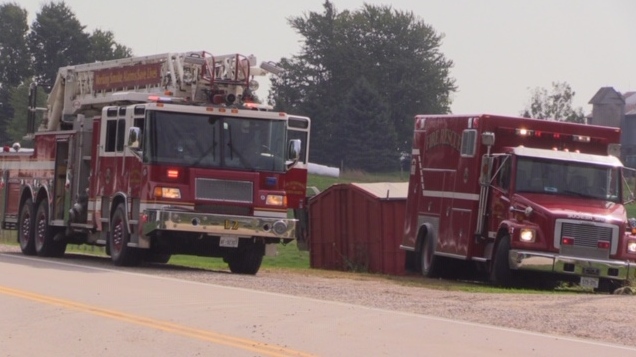 Firefighters from three Huron County departments were called to the scene of a shed and barn fire near Blyth, Ont. late Tuesday morning.

The fire was brought under control, but closed a section of Blyth Road between Auburn and Blyth to allow water tankers to safely access the scene.

There had been concern about the fire's proximity to some propane tanks, but it was eventually brought under control.

No injuries have been reported, but three firefighters were treated for exhaustion due to the hot and humid conditions.

The fire is not considered suspicious.

FDNH Blyth is responding to a fire call between Blyth and Auburn. Motorists are reminded to yield for responding emergency vehicles.