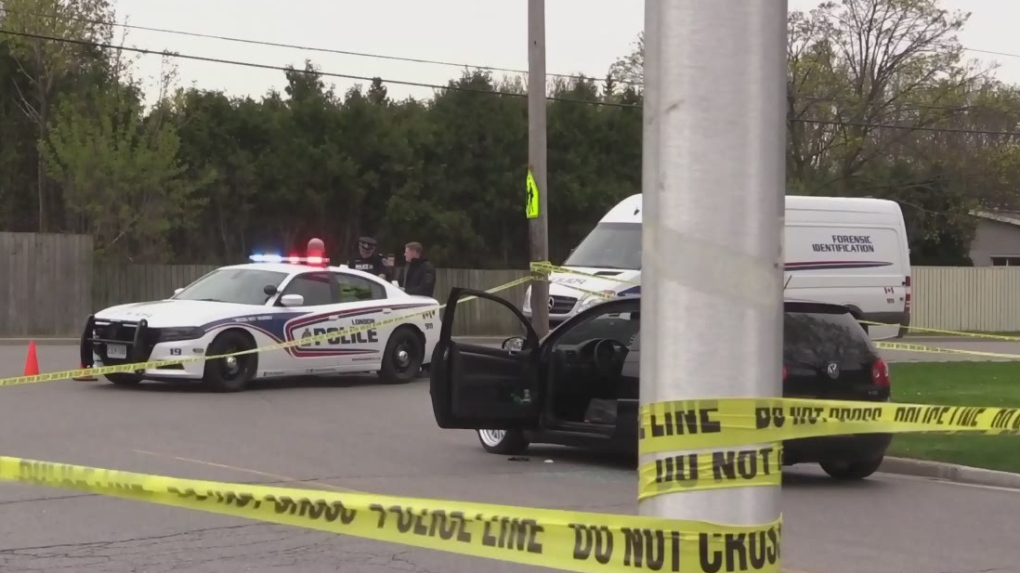 Police investigate after a shooting at Admiral Drive and Trafalgar Street in London, Ont. on Saturday, May 11, 2019.

London police say a vehicle believed to be involved in a shooting on Admiral Drive at Trafalgar Street on Saturday has been found.

The sedan, a white Chevrolet Cruze, was reportedly found at an address on Bowcott Crescent in the city's east end, just a couple of kilometres from where the shooting happened.

Police say they are continuing to try to identify the driver - believed to be responsible for the shooting.

A 21-year-old man is being treated in hospital for serious, but non-life threatening injuries in connection with the incident.

Police say the man was driving on Admiral, but when he stopped at Trafalgar the Cruze pulled up beside him and the suspect shot into the vehicle.

The driver of the Cruze then fled the scene westbound on Trafalgar Street at a high rate of speed.

Police say the same vehicle had been seen in the area speeding and driving erratically ahead of the shooting.

The suspect and the victim were not known to each other.