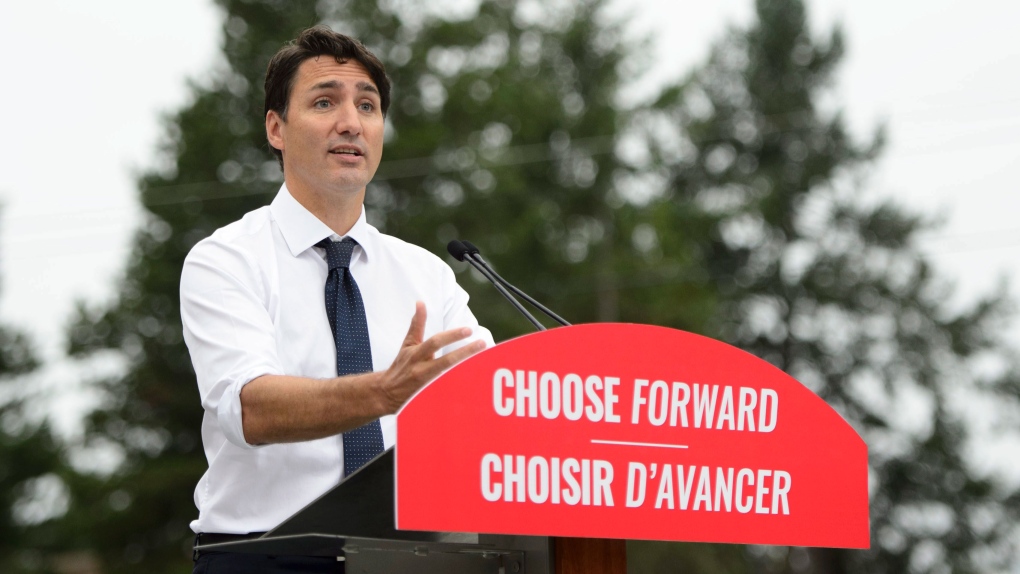 LONDON, Ont. - Liberal leader Justin Trudeau will be spending part of his Thanksgiving in Southwestern Ontario on Monday.

He will move east on the 401 for an appearance in Tilbury later in the morning to visit a local restaurant with Liberal candidate for Chatham-Kent–Leamington, Katie Omstead.

Trudeau will then visit London early in the afternoon and will meet with volunteers of Liberal candidate for London–Fanshawe, Mohamed Hammoud.

He will also make his way to Hamilton, Cambridge and Mannheim Ont. later in the day.