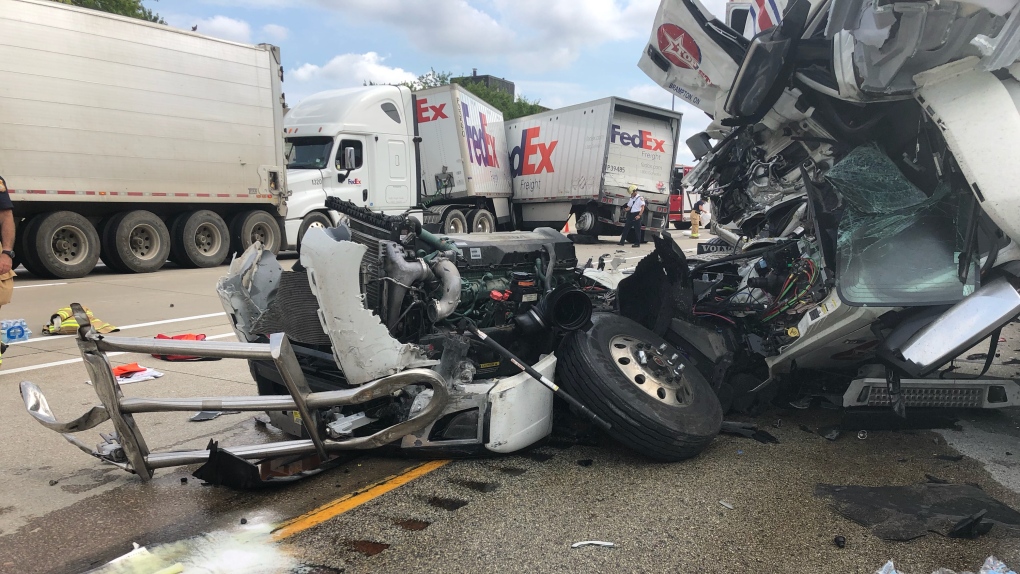 A damaged transport truck is seen after a crash in Sarnia, Ont. on Tuesday, Aug. 20, 2019. (Source: Lambton County OPP)

Provincial police have charged the driver of a transport truck after a collision involving three tractor-trailers in Sarnia, Ont. on Tuesday.

According to investigators, two of the transports were stopped in traffic when the third hit the rear transport, causing all three vehicles to collide.

Three people were taken to hospital with one passenger suffering non-life-threatening injuries.

The driver of the third transport has been charged with careless driving causing bodily harm or death.

The collision shut down westbound Highway 402 for several hours on Tuesday afternoon.