Teachers' strike leaves thousands of students off in London region 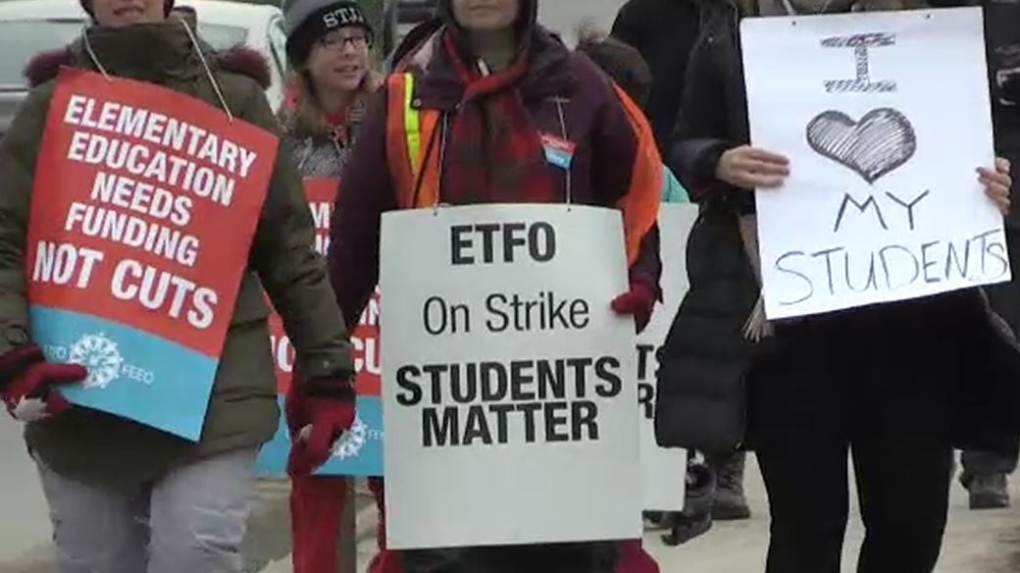 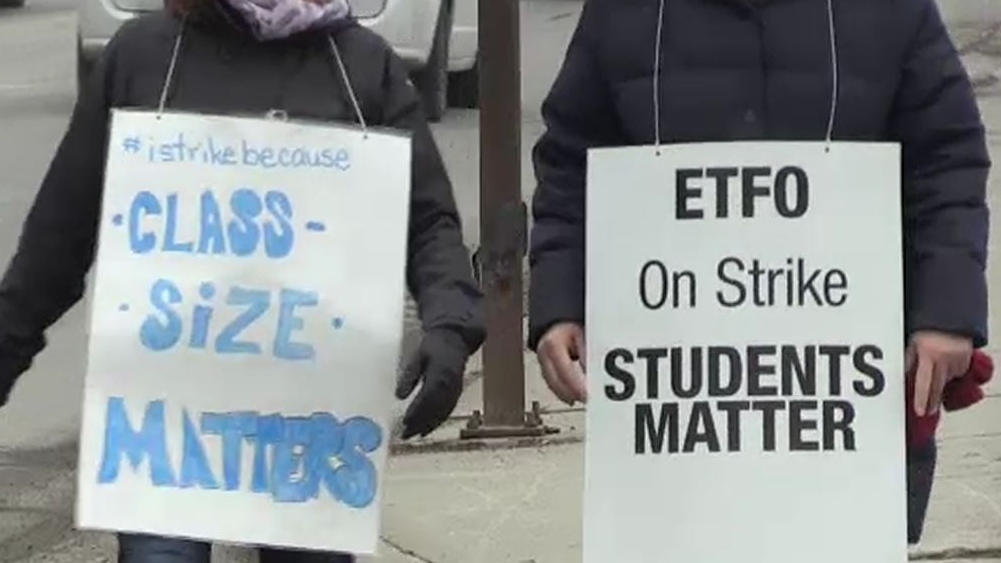 LONDON, ONT -- Thousands of students had Tuesday off in the London region as all Catholic teachers, along some with public elementary and high school teachers, were on strike for the day.

Public high school teachers represented by the Ontario Secondary School Teachers' Federation (OSSTF) also held a one-day strike, including in the Thames Valley and Lambton-Kent boards, which meant the majority of London region students were off Tuesday.

Meanwhile all elementary and secondary school teachers in the Ontario English Catholic Teachers' Association were also off the job.

A large part of Tuesday’s strike action is part of ETFO's rotating strikes, and on Thursday the union will also be conducting a province-wide strike.

Previously ETFO was limiting strike days, but last week warned they would also be adding in province-wide strikes every week if a deal was not reached.

ETFO & OSSTF have announced that their members will conduct a walkout in #TVDSB TODAY (Tuesday, Feb 4). We have no other option but to close all elementary and secondary schools to students, as there is insufficient supervision to ensure student safety. https://t.co/sGY9keMXLW pic.twitter.com/mG8WqoOgLT

While talks resumed last week between ETFO and the province they failed to produce a tentative agreement.

Still, ETFO's head Sam Hammond says they were close to a deal when talks broke off, though salary had not been addressed.

Education Minister Stephen Lecce has said the union is prioritizing salary over the education system.

Parents and the boards were given five days’ notice of Tuesday’s strike as part of ETFO’s policy.

Kids will be back in school Wednesday, before parents need to find alternative care for their kids again for Thursday.