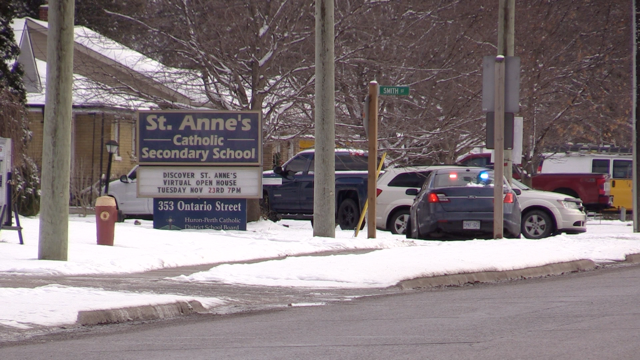 Huron County OPP have charged a Central Huron woman after a collision Monday involving a pedestrian.

Police were called to the scene on Ontario Street (highway 8) near Smith Street North in Clinton, around 11:42 a.m. on Monday.

When they arrived, officers and first responders found an injured pedestrian on the roadway that had reportedly been struck by an eastbound car.

The injured pedestrian, a 16-year-old from Huron East and a student at nearby St. Anne's Catholic Secondary School, was taken to the hospital with serious but non-life threatening injuries.

The driver of the car initially left the scene but later turned herself in at the Huron OPP Detachment.

A 19-year-old woman is charged with fail to stop at accident resulting in bodily harm, fail to remain, driving while under suspension and operate a motor vehicle without insurance.

The accused has been released from custody with a court appearance scheduled for February.