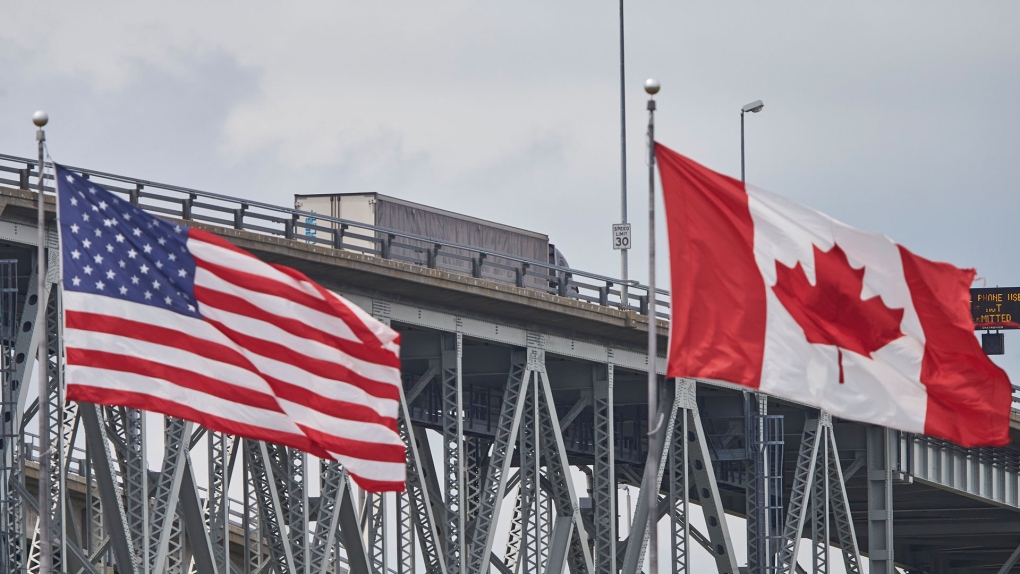 The mayor of an Ontario border city welcomed the news that fully vaccinated Canadians will be able to drive into the United States starting next month, but said more details are needed to ensure travellers can go back and forth between the two countries safely.

Sarnia Mayor Mike Bradley said Wednesday that he believes Canadians will be cautious about driving south for day trips given that some parts of the U.S. have looser public health measures and higher COVID-19 case counts — a concern he said also emerged when Canada eased its border restrictions for Americans earlier this year.

"I do believe the Canadian government made a mistake by opening our border without getting a reciprocal arrangement with the Americans. It's four months later, but it's happening, and it's a good thing,'' he said.

"I just need to make sure that all the things will be in place to protect people when they go there and come back,'' the mayor said.

"I do not see a lot of people wanting to go over on day tripping for some time to come because of what's happening in places like Michigan and elsewhere, where there re no restrictions on masking and gathering and things like that.''

Senior government officials delivered news of the land border reopening to reporters on condition that they hold reports until early Wednesday, but the plan was announced by New York congressman Brian Higgins late Tuesday.

Few details have been released so far, but the plan is designed to dovetail with the Biden administration's intention to allow international travellers from further afield to resume travel to the U.S. on the same timeline, provided they've been fully vaccinated against COVID-19.

In order to be considered fully vaccinated, travellers must have received a full course of a COVID-19 vaccine approved by either the U.S. Food and Drug Administration or the World Health Organization. That includes Oxford-AstraZeneca, a vaccine used in Canada that never received FDA approval.

It's not yet known whether those who received mixed doses will be deemed eligible.

No specific dates have been set for the changes to take effect. Homeland Security Secretary Alejandro Mayorkas is expected to lay out more details of the plan today.

Travel between the U.S., Canada and Mexico by vehicle, rail and ferry has been largely restricted to essential travel, such as trade, since the early days of the global health crisis.

Fully vaccinated U.S. citizens and permanent residents have been allowed back into Canada since August, provided they have waited at least 14 days since getting a full course of a Health Canada-approved vaccine and can show proof of a recent negative COVID-19 test.

Beginning in early November, the U.S. plans to allow fully vaccinated visitors from a host of countries, including China, India, Ireland, Iran, South Africa, Brazil and the 26 European countries without border controls, known as the Schengen group.