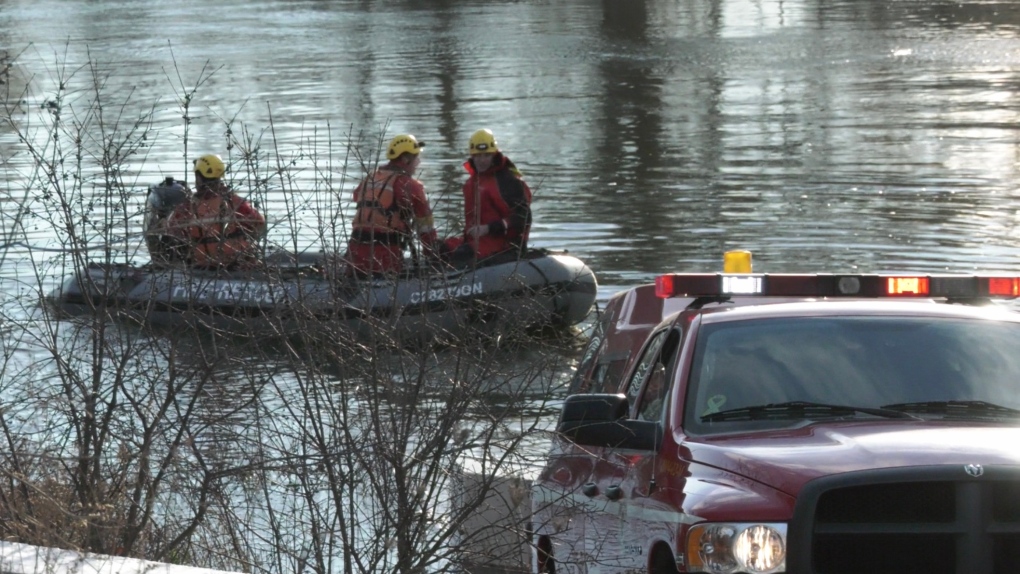 London police and fire department were on scene of a water rescue in Greenway Park in London, Ont. on Saturday, Nov. 27, 2021. (Jaden Lee-Lincoln/CTV London)
Windsor, Ont. -

London police with the assistance of the fire department have been involved in an ongoing search of the Thames River in the Greenway Park area.

Police say information was received that a person had entered the water.

Police are asking the public to avoid the area as the investigation is going.

Police say the investigation is still in the early stages and more information will be released as it becomes available.