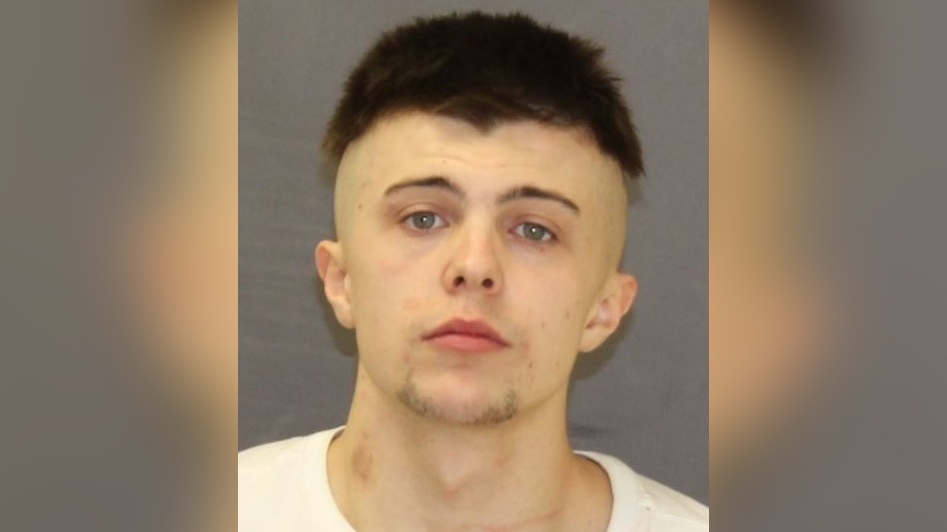 Lucas Townend, 23, is seen in this image released by the London Police Service.

London police have laid additional charges in connection with a disturbance on Friday in the area of Sherwood Forest Mall.

Officers responded to the north London parking lot and found a man suffering from stab wounds and reports of a gunshot having been heard.

An 18-year-old man suffering from a stab wound was reportedly taken to hospital with non-life-threatening injuries.

On Thursday, police revealed additional charges have been filed against two of the four people initially arrested in the investigation and a fifth person has been charged by way of a warrant.

A 26-year-old London man is now facing charges of pointing a firearm and reckless discharge of a fire arm in addition to the earlier firearms charges.

A 21-year-old London man who had also been facing weapons charges is now facing an additional charge of assault with a weapon.

Police were looking for 23-year-old Lucas Townend, who was charged by warrant with three counts of assault with a weapon and possession of a weapon dangerous to the public peace.

They arrested him Thursday evening without incidence.

The other two suspects remain in custody.