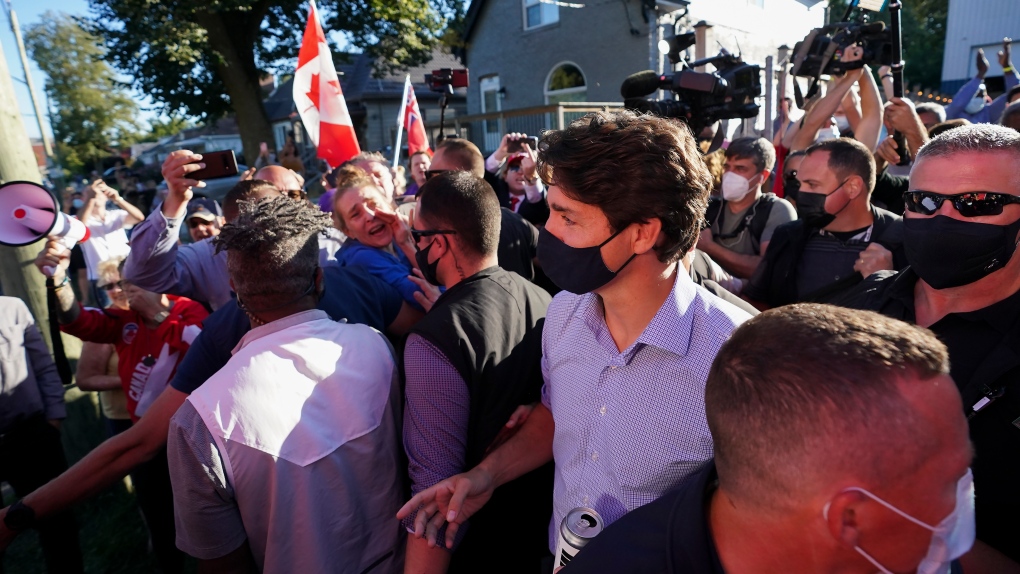 Liberal Leader Justin Trudeau is escorted by his RCMP security detail as protesters shout and throw gravel while leaving a campaign stop at a local micro brewery during the Canadian federal election campaign in London Ont., on Monday, September 6, 2021. THE CANADIAN PRESS/Nathan Denette

The man accused of throwing gravel at Prime Minister Justin Trudeau while on the campaign trail in 2021 will stand trial next March.

Shane Marshall of St. Thomas, Ont. is charged with one count of assault for allegedly throwing stones at Trudeau while he was on the campaign trail in London, Ont. on Sept. 6, ahead of the fall federal election.

As previously reported by CTV News London, Trudeau had made a campaign stop at a local microbrewery and when he exited his travel bus, gravel was thrown in his direction.

At the time, Trudeau said he may have been hit in the shoulder, and the stones are also alleged to have hit party staffers and some journalists.

At the time, Marshall was the president of the Elgin-Middlesex-London Riding Association for the People’s Party of Canada.

He was later removed from that role.

Marshall’s one day trial is slated to take place on Mar. 7.