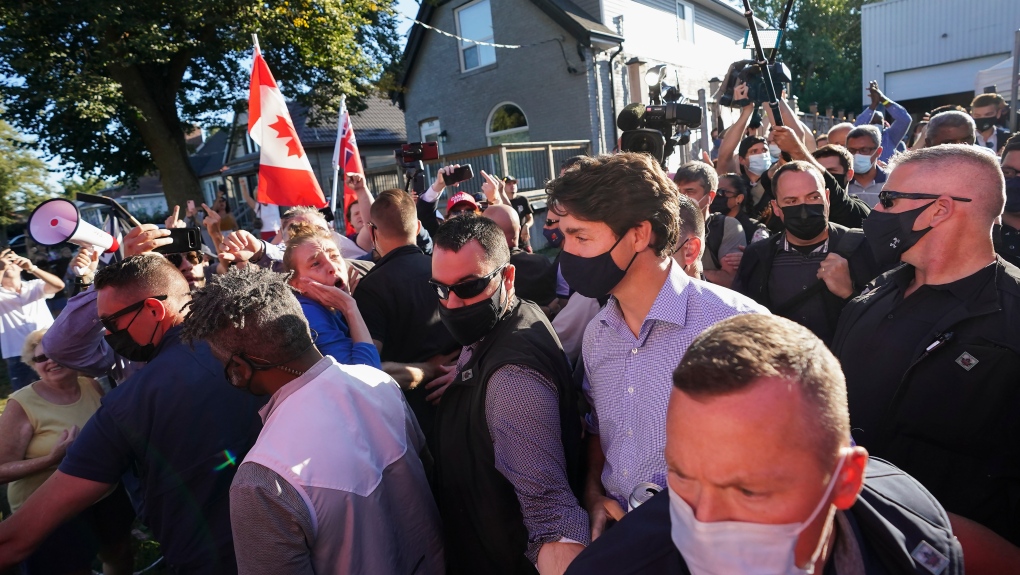 The People's Party of Canada (PPC) has removed a member of its organization, two days after gravel was thrown at Liberal Leader Justin Trudeau during a campaign stop in London, Ont., CTV News has learned.

Party signs were seen at the demonstration during Trudeau's rally on Monday. The PPC has been criticized over the protest.

London police announced on Tuesday that they were investigating the gravel-throwing incident.