Londoners up for Canadian Athlete of the Year 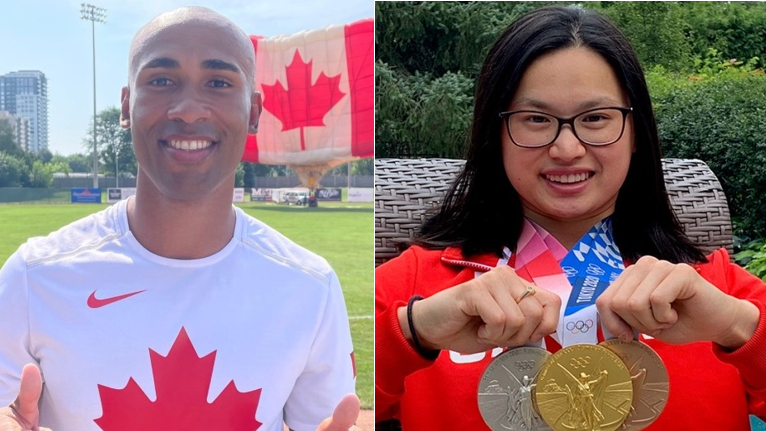 The Canadian Athlete of the Year will be named Wednesday, and two Londoners are considered to be among the front-runners to win the award.

London’s own Maggie MacNeil and Damian Warner are among the finalists for the Lou Marsh Trophy. Soccer Star Jessie Fleming has also been named in the mix of athletes considered for the award.

The award is decided by a committee of 35 people representing media outlets across the country.

Last year there was a tie between soccer star Alphonso Davies and NFLer Laurent Duvernay-Tardif.

This year the award very well could come down to a pair of Londoners who made headlines at the Tokyo Olympics.

For many Damian Warner is considered a front-runner after his historic gold medal in the decathlon.

The winner of the decathlon is often called the world’s greatest athlete due to the number of events one athlete must master in order to win.

Damian’s performance was widely considered one of the best in the history of the sport, after he led from the start and sent a new Olympic scoring record. He was the fourth ever athlete to break the 9,000 point barrier.

Not to be outdone by her fellow Londoner is Maggie MacNeil, the 21-year-old swimming star who turned heads at the pool this year.

MacNeil was Canada’s best swimmer, bringing home the country’s only gold medal, along with a silver and bronze in relay events.

She was named the best female athlete of the Tokyo Games and also named the U.S. collegiate swimmer of the year.

Finally the third Londoner in talks for the award is Jessie Fleming who was instrumental in Canada’s historic gold medal run at the Olympics in soccer.

Fleming sent Canada to the final with a thrilling penalty kick against the U.S. and then scored in the final again on a penalty.

No matter who the winner may end up being London has proven there is no shortage of world class athletic talent coming out of the Forest City.

Other notables up for the award are track star Andre De Grasse and swimmer Penny Oleksiak.

De Grasse is another front runner after his stellar performance at the Olympics winning gold in the 200 metres and winning two more bronze medals.