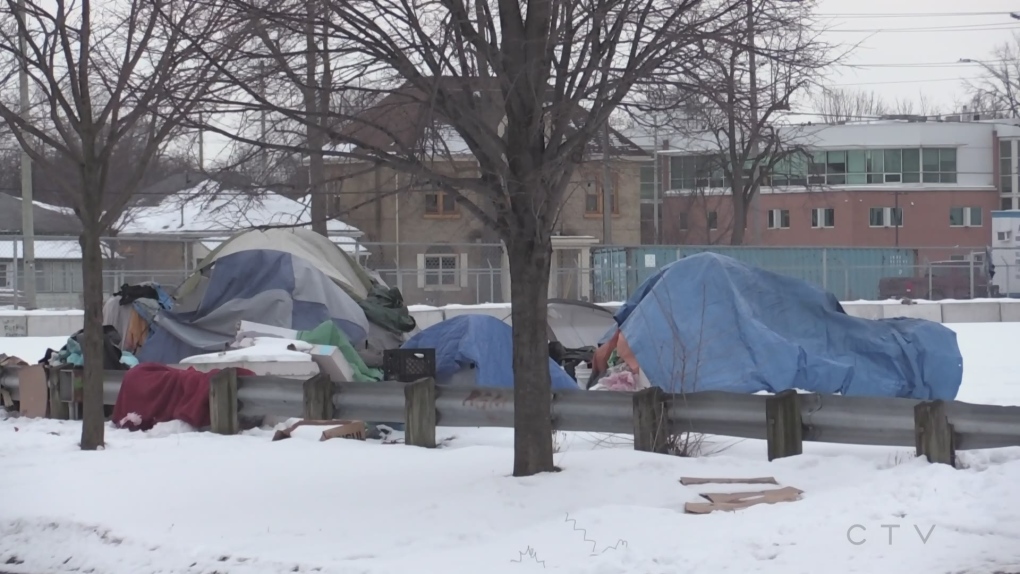 A homeless encampment is seen in London, Ont. during the winter in this undated file image. (File)

Health & Homelessness Fund for Change, the community-wide response launched by London Mayor Josh Morgan during his State of the City address last week, received a generous donation from a local credit union on Monday.

According to a press release from Libro Credit Unit, the company announced a $50,000 donation to the Health and Homelessness Fund for Change on Monday.

The community-wide response was launched on Jan. 17 during Mayor Josh Morgan’s first State of the City address.

“Libro has been watching the city’s homelessness problem closely and with concern. We agree it is a crisis. So it is gratifying to see London respond as a community, with almost 70 organizations involved and work underway to create a whole-system response,” said Jordan Moat, Libro’s regional community manager for London, Elgin and Oxford in the release.

During the State of the City address, Morgan announced the fund was born out of an anonymous family making a donation of $25 million. The city then announced that if the community raises another $5 million, it will be matched by the city for a total of $35 million.

In the release Libro said it is “determined” to be part of the solution, and thanks the original anonymous donor who started the fund with its $25 million donation. The credit union added they are pleased that their donation of $50,000 will be doubled.

“We know that people are suffering and dying in our city. We live here, too, and we share the distress that so many feel in response to the homelessness crisis. We are glad to make a contribution and call on others to join us. As everyone at a credit union knows, we become stronger when we work together,” the release reads.

Members of the public can make a contribution online at the Fund for Change website.