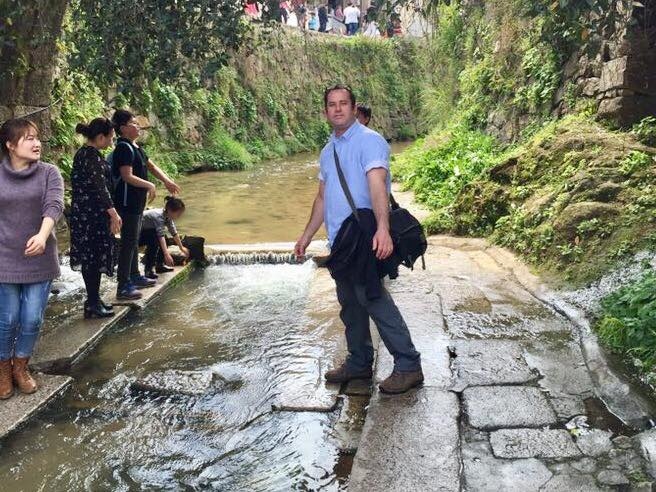 Former Londoner Jason Bird has been unable to travel to London from China. (Facebook / Jason Bird)

A former Londoner who teaches in China is worried he won't be able to make it home for the holidays due to online issues.

Jason Bird was denied access to his flight from China on Wedneday after learning he needed special authorization to travel to Canada because he's a landed immigrant.

"The moment I tried to board, I was told I needed an ETA (Electronic Travel Authorization). That was the first time I'd ever heard of an ETA," Bird said.

The ETA is an electronic security screening plan needed by foreign nationals coming to Canada. The government uses it to conduct a risk assessment of the applicant.

Bird said he wasn't aware this new form was needed, until he was told by airline reprentatives at Shanghai airport, only minutes before boarding his flight.

"They said I could apply online. I did that. ...It asked me for additional documents. The problem is, it won't tell you what they are."

Trying to rush the process by creating an account on his phone, he ended up locked out.

He's been trying ever since to complete the ETA.

"He's in limbo - electronic land if you like," said Bird's father John Bird, of London.

The father is hoping his son's trip Monday to the Canadian consulate in Shanghai can solve the issue, and locally he reached out to London North Centre MP Peter Fragiskatos, who is going to look into the issue.

"My wife is upset - a lot of sleepless nights," said the elder Bird. "He should have been here. He's stuck in a hotel in Shanghai.

Bird, who has been teaching English in China for 13 years, has a British passport, which is why he needs the authorization permit.

Bird said he understands the necessity for security, he just hopes he is able to complete the process soon and make it home for Christmas.