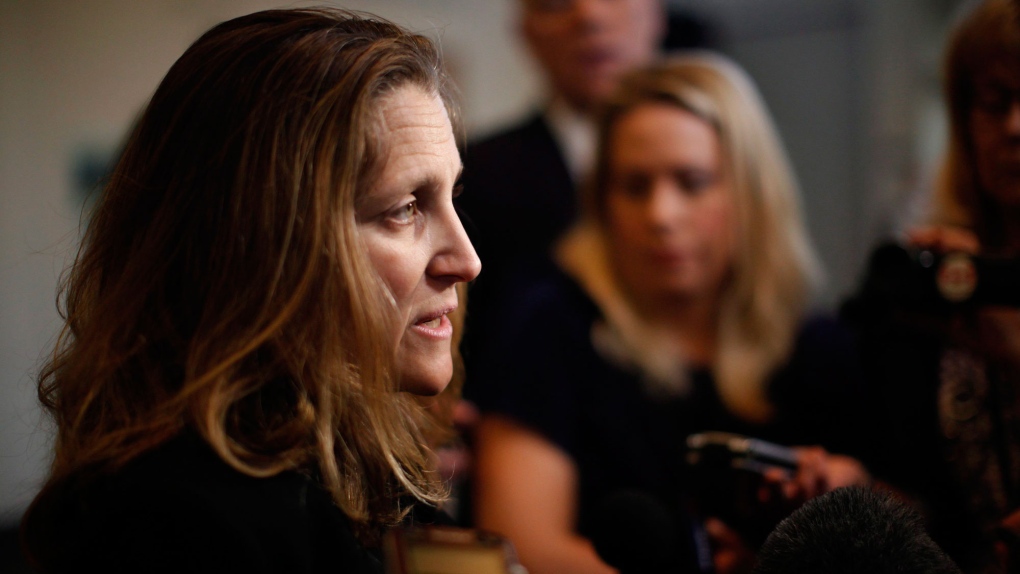 WASHINGTON - Foreign Affairs Minister Chrystia Freeland is back in Washington today to resume talks with her U.S. counterpart aimed at bringing Canada into the NAFTA fold.

Freeland is to meet with American trade czar Robert Lighthizer later this morning at his office near the White House.

Canada and the U.S. need to present a text to the U.S. Congress by Oct. 1 in order to join the deal the Trump administration signed with Mexico last week.

The overall goal is to reach a deal by Dec. 1 so Congress can give its approval to a revised NAFTA before Mexico's new president takes office.

President Donald Trump is threatening to move ahead on a deal with Mexico that excludes Canada.

Canada and the U.S. remain far apart on several issues including dairy, culture and the Chapter 19 dispute resolution mechanism.