'We were able to cool the propane tanks in time': Two families displaced after morning fire in London, Ont.

'We were able to cool the propane tanks in time': Two families displaced after morning fire in London, Ont. 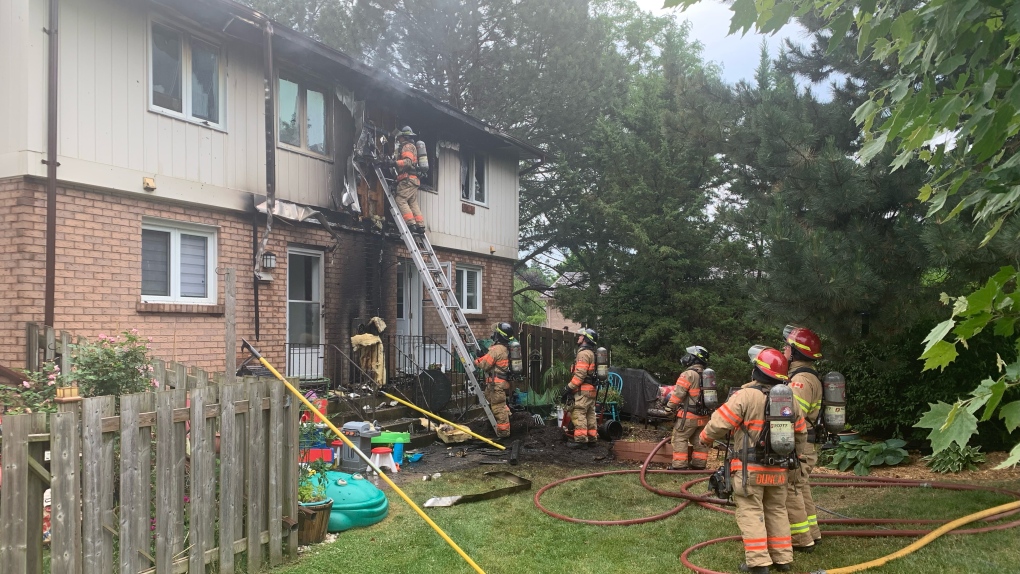 Two families are displaced, but no one injured after a fire in a townhouse complex in London, Ont. Sunday morning.

Crews were called to 555 Lawson Road before noon.

“Initial reports was someone was having difficulty being removed with mobility issues, “ said Colin Shewell, a London Fire Department (LFD) platoon chief.

However, when crews arrived the woman was able to get out of the home, and firefighters quickly knocked down the fire.

“We have fire that got into the attic area and there is a bit of smoke migration into the neighboring unit,” Shewell said.

More than 20 firefighters and four engine crews were on scene, as well as the aerial truck.

“There was two 20-pound propane tanks that we're venting and crews were able to keep them cool,” says Shewell.

“It was definitely high hazard for our crews right off the bat with a working fire on the exterior so we are commending them for the quick action. This could have been a lot worse.”

The owners of the home, as well as those in the neighbouring unit are displaced, but both have places to stay in the meantime.

A fire inspector is now on scene, and crews continue to work on the back of the home.

“It’s just making sure that the smoke that is still coming out here isn't going to reignite,” said Shewell.