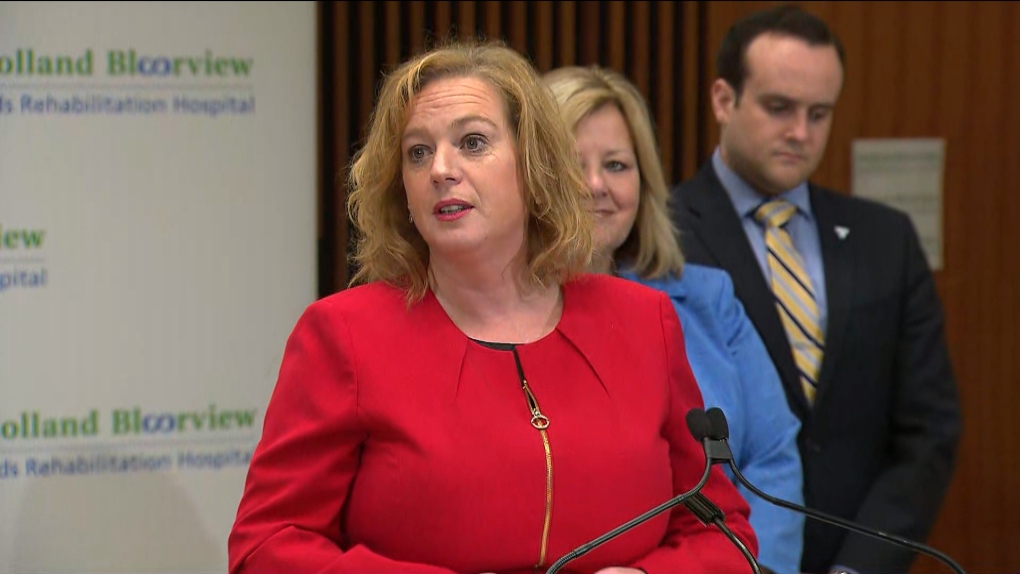 TORONTO -- Ontario is seeking the advice of parents and experts as it introduces more supports for children with autism following backlash over its original program that based funding solely on age and family income.

Children, Community and Social Services Minister Lisa MacLeod said she has taken into consideration the complaints of parents, who launched sustained protests over the plan first announced in February.

"We have heard from parents and we want to take the time to listen very carefully to their best advice on a needs-based system," she said Tuesday.

Starting next month, parents -- and any member of the public -- can participate in an online survey, as well as a series of telephone townhall consultations and members of provincial parliament from all parties will have opportunities to host roundtables in their ridings, MacLeod announced.

An advisory panel made up of parents, autistic adults and experts such as psychologists and behavioural analysts will then review the results and make recommendations over the summer on how to better support children with complex needs, including additional direct funding, MacLeod said.

The original Ontario Autism Program announced in February capped the amounts families could receive at $20,000 a year for kids under six, with funding dropping to $5,000 per year until they were 18. The maximum amounts were only available to families earning less than $55,000 a year.

Parents said those amounts were woefully inadequate for kids with severe needs, whose therapy can cost up to $80,000 a year.

MacLeod ultimately backtracked after weeks of protests, announcing last month that she would eliminate the income testing, and that kids currently in government-funded therapy would have their services extended by six months.

The minister said she hopes a new needs-based program will be in effect before those service contracts run out.

The new program could cost up to double the original $321-million budget, she has said.

"We were given a target by the Treasury Board -- both financially as well as a timeline to create a new program, which is what we did," she said.

MacLeod has said her goal was to get 23,000 children and youth off the wait list, and she said Tuesday that priority will be given to those who have waited longest by age, as well as 17-year-olds and kids under six.

Ontario is also looking at ways to better integrate autism supports in the health and education systems, MacLeod said.

Advocates are calling for a national autism strategy, rallying recently in Ottawa.