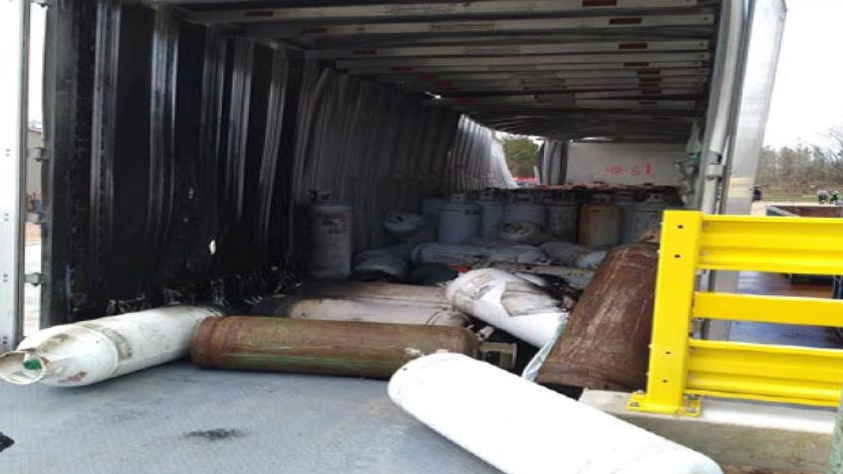 Police say a leak in a propane canister inside a tractor trailer caused the explosion and fire.

Three people that were working to unload the truck suffered non life-threatening burns.

The Ontario Fire Marshal and the Ministry of Labour, as well as Transport Canada were called in to help with the investigation that remains open.