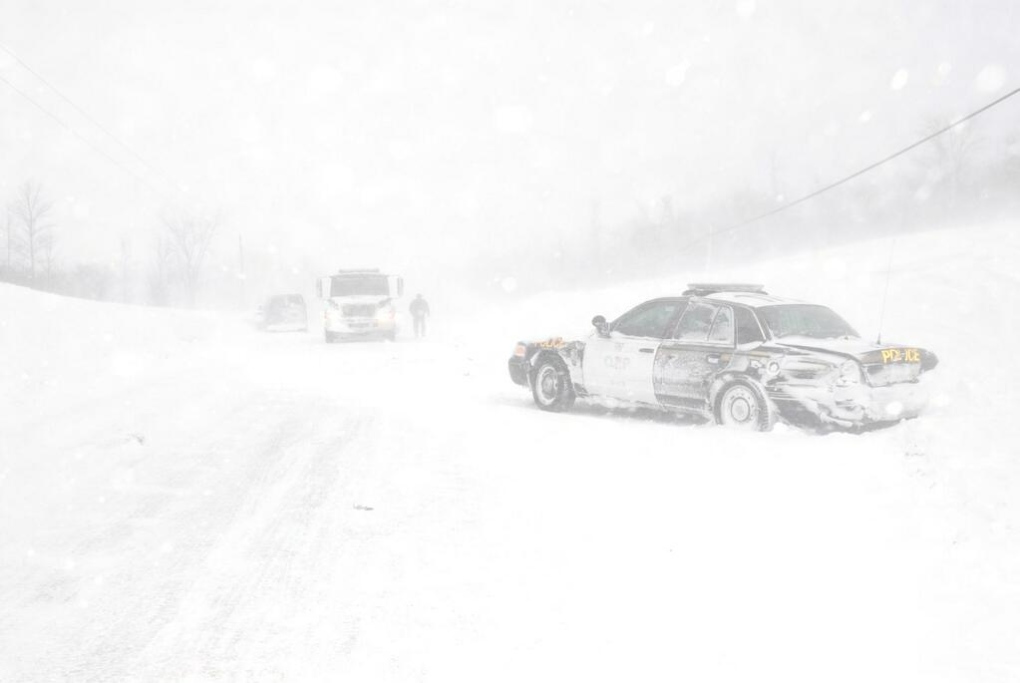 A snow squall watch has been issued for parts of Grey-Bruce.

Squalls are expected to develop and under the snow squall bands, visibilities will be significantly reduced due to the heavy snow. Snow will accumulate quickly.

Snow squalls are expected to develop Saturday evening in the vicinity of the Bruce Peninsula. They will likely produce 10 to 15 centimetres of accumulation in some locations.

The snow squall watch may be extended to other regions to the lee of Georgian Bay and Lake Huron later as squalls reorganize on Sunday.

Travel may be hazardous due to sudden changes in the weather. Visibility may be suddenly reduced at times in heavy snow.

Snow squall watches are issued when conditions are favourable for the formation of bands of snow that could produce intense accumulating snow or near zero visibilities.