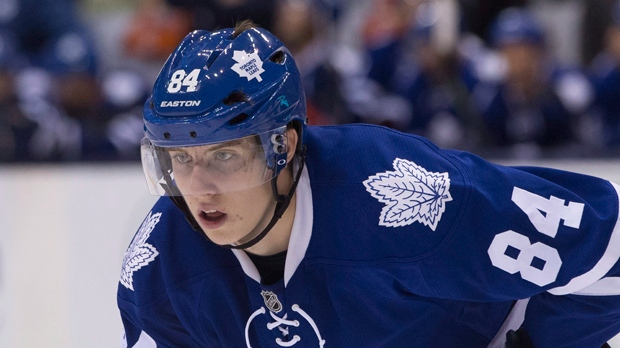 Marner and the Maple Leafs reportedly agreed on a new contract on Friday.

Multiple reports suggest the deal is for six years with an average annual value just shy of US$11 million.

The Leafs had yet to confirm the new contract.

Marner was a no-show for a team golf event on Wednesday and didn't accompany the group to Newfoundland on Thursday for the start of training camp as his representatives continued to negotiate terms of a new deal with Leafs general manager Kyle Dubas.

The winger from Markham, Ont., led the Leafs with career-highs in points (94) and assists (68) in 2018-19, and also set a new personal best with 26 goals. He played most of the season on a line with John Tavares, who set career-highs of his own with 47 goals and 88 points.

Marner's contract has dominated the hockey conversation in Toronto and across the league this summer as the 22-year-old headlined an impressive class of still-unsigned restricted free agents.

The Leafs open the 2019-20 NHL season on Oct. 2 at home against the Ottawa Senators.