CLINTON, ONT. -- Seven-year-old Natalia Ward helped her hometown launch one of its biggest ever construction projects Tuesday morning in Clinton.

“I got to do the first dig,” says Natalia, who got to take the first “official” shovel full in Clinton’s multi-million dollar Main Street reconstruction project, that will last for the next four to six months.

“That’s why we’ve had fires over the years in the downtown, we can’t run sprinkler systems, so that’s got to be done. There’s new storm sewers. We’re replacing all the light standards. We’re putting in fancier sidewalks, than before. So I think everyone will be quite pleased with the project, when it’s done.” he says.

Although the work needs to be done, Ginn conceded the timing couldn’t be worse for local businesses.

“We know it’s bad timing with COVID almost over, to dig up and disrupt the businesses, but we’re going to be doing everything we can to draw people here,” says Ginn. 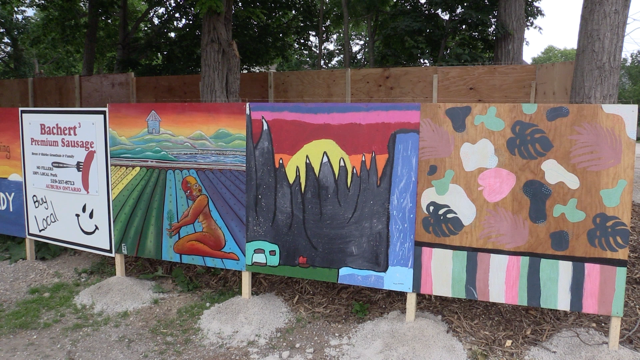 “The ages of our artists span almost 100 years. That is staggering for a community event,” says the art display organizer, and Central Huron’s community improvement coordinator, Angela Smith.

The art, funded by the Municipality and a grant from Bruce Power, will stay up through Thanksgiving. It will be metres away from Clinton’s Main Street, which will be closed to vehicle traffic at least through September. 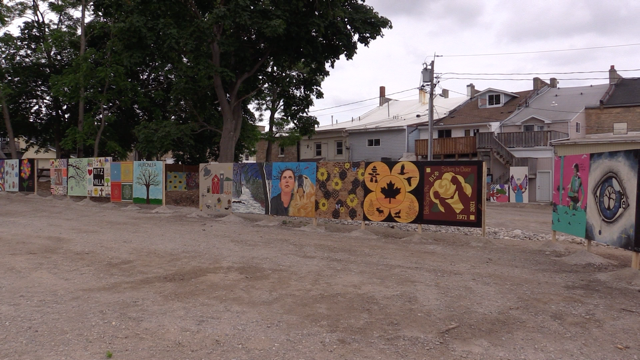 “Infrastructure has a life span. It’s time is up, probably well past time’s up,” says Ginn.

“The pieces of art will be up through Thanksgiving. It will be evolving. I know there are more pieces coming. Hopefully it will become a bit of a destination,” says Smith.