Petition to save protected birds gets wings

LONDON, ONT. -- An effort to save the nesting habitat of a large colony of protected birds in London is gaining support.

As of Monday, nearly 5,000 people have added their names to a petition to save the nearly 2,000 bank swallows that make their seasonal home in the man-made slopes of the Byron gravel pit.

Western University migratory bird researcher, Brendon Samuels, says he’s had conservation groups from across the continent reach out to him since CTV News London first published the story about the threatened colony last week.

Also lending support is London West MP Kate Young who tweeted out that she’s reaching out to relevant officials “to make sure everything possible is being done to protect this colony of bank swallows.”

The property is slated for development of housing and green-space. A statement from city planner Bruce Page to CTV News said a secondary plan for the future of the gravel pit was initiated by the city in 2018.

“Development cannot occur on these lands until the site rehabilitation work has been completed and approved by the MNRF and the secondary plan is approved by Council. As part of the secondary plan review, the City is looking at opportunities to recreate the natural habitat in future open space and recreational lands,” it states.

Samuels says he’s glad the issue is getting some attention.

“I think people in London get it. They like to be outside, they like to experience nature. But the truth is, we have a city where there used to be forest, and I think people around here are frustrated in understanding, you know we are losing species at an alarming rate. Development is continuing all over the place. We want to be able to engage the community in conservation and do better.”

The petition can be found here. 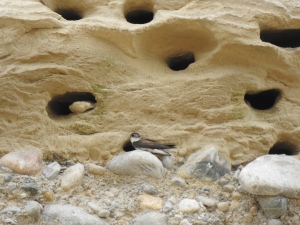