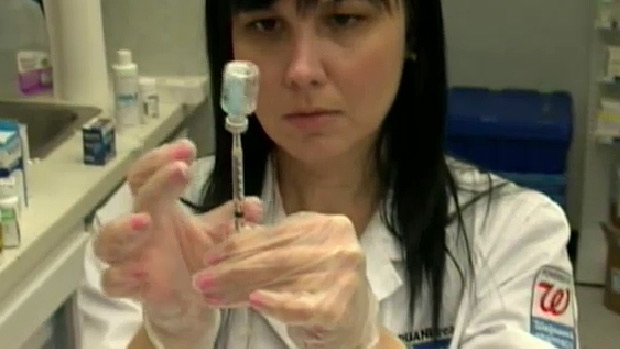 TORONTO - Ontario's health minister says the province has no plans to make flu shots mandatory for nurses in hospitals provincewide.

It's a requirement at some hospitals in Ontario, which the nurses' union is fighting as parts of the country are already reporting early flu activity.

The Ontario Nurses' Association has filed grievances at several hospitals, arguing that policies that force nurses to either get a flu shot or wear a mask stigmatize nurses for a personal health decision.

The matter is in arbitration, which the nurses had hoped would be resolved before the start of this flu season, but they say it now looks as though it won't be resolved until at least the end of the year.

Health Minister Eric Hoskins says it will be important to see the outcome of the grievances, but Ontario currently has no plan to implement a provincewide vaccination or mask policy.

NDP health critic France Gelinas says there should be more leadership on this issue from the health minister and the province shouldn't rely on an arbitration process to dictate health policy.