Nine puppies have died in a shed fire in Bayham 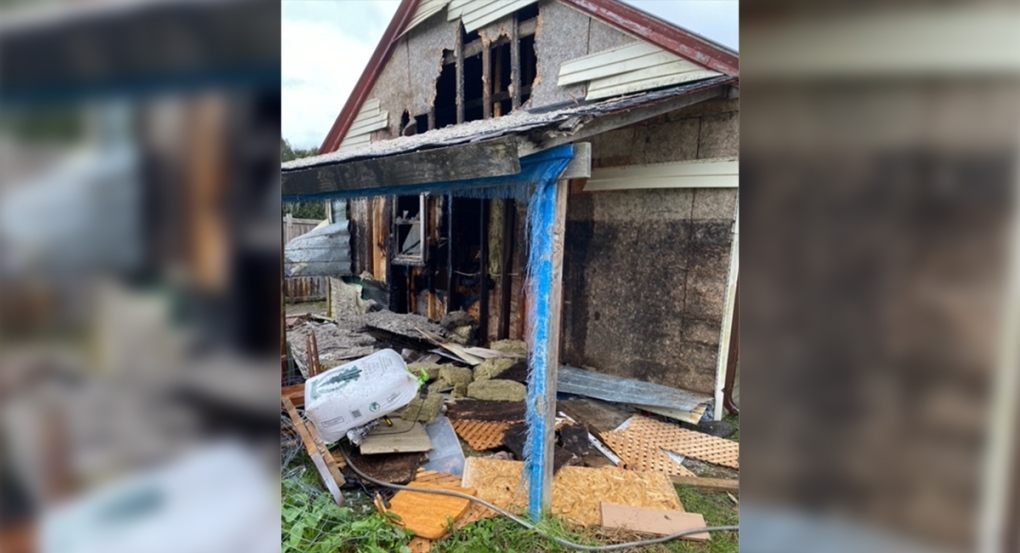 Damage following a fire in a garage/shop in Bayham, Ont. is seen on Friday, Dec. 3, 2021. (Source: Municipality of Bayham)

Firefighters arrived to find smoke visible smoke and a neighbour using a garden hose to try to contain the fire.

There were early concerns that one of the children of the owner might have been inside visiting the puppies, but firefighters did not locate him. He was later found a neighbour's house.

A dog and her one-week-old puppies had been inside the building, and fire crews were able to rescue the adult dog.

Unfortunately the puppies died as a result of smoke inhalation, municipal officials said in a statement, but no one else was injured.

The fire has been ruled as non-suspicious and is believed to have been caused by improper storage of ash from a wood stove.

Damage to the structure is estimated at $20,000, but the value estimate for the contents is still unknown.