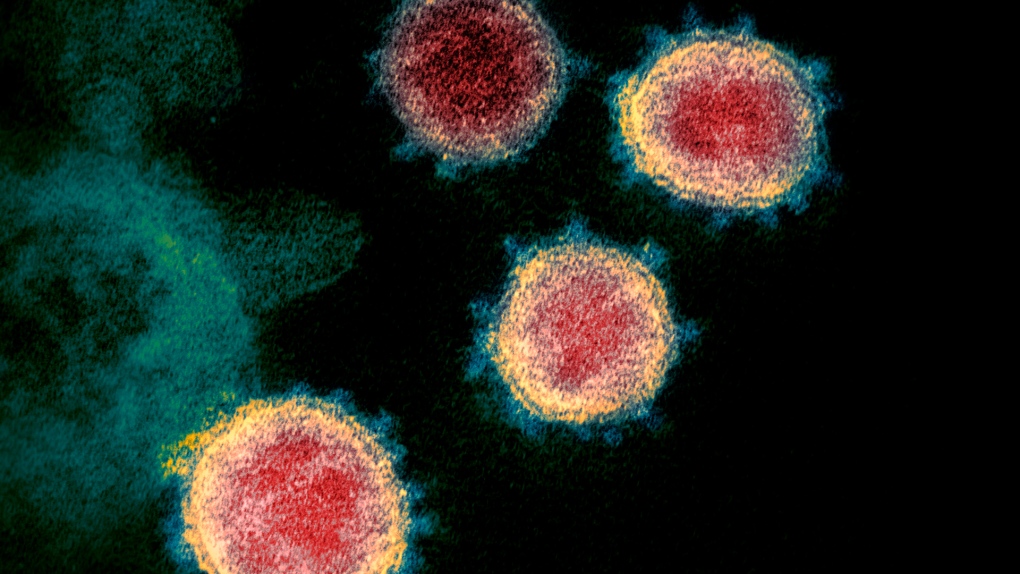 This undated electron microscope image made available by the U.S. National Institutes of Health in February 2020 shows the virus that causes COVID-19. The sample was isolated from a patient in the U.S. THE CANADIAN PRESS/NIAID-RML via AP

There was one additional death reported, bringing the total to 11, while the number of resolved cases is at 107.

In Oxford and Elgin counties, Southwestern Public Health is reporting one new death Monday, bringing the area's total to three.

There were no new cases reported Monday, with the total holding at 35, including six that have been resolved.

Of those deaths, six are linked to Landmark Village retirement home, which is dealing with 23 confirmed cases - seven staff and 16 residents.

Grey-Bruce Public Health is reporting one new case Monday, a man in his 70s who is self-isolating.

The new case brings the region's total to 39, including 10 who have recovered and 12 in the region's healthcare workers.

There have been no deaths in Grey-Bruce, but one case remains hospitalized and there is an outbreak at one long-term care facility.

In Huron and Perth counties, one new case was reported Monday, bringing the total to 32, including the previously reported two deaths, and five cases that have recovered.

Across Ontario, there were 421 new cases reported Monday, and 17 additional deaths.

A previous version of this story indicated there were 26 cases at five area long-term care or retirement homes.

In fact there were 26 cases at long-term care homes and five at retirement homes.

Canada establishes its own PPE supply chain in China amid pandemic

With many COVID-19 deaths in nursing homes, Tory MP asks whether economy can reopen

Ontario plans to extend state of emergency by 28 days

Truth Tracker: No, COVID-19 has nothing to do with 5G technology

COVID-19 to have 'immediate and drastic' impact on Canadian meat supply: industry group

Rats! COVID-19 is bringing another problem to Canadian streets