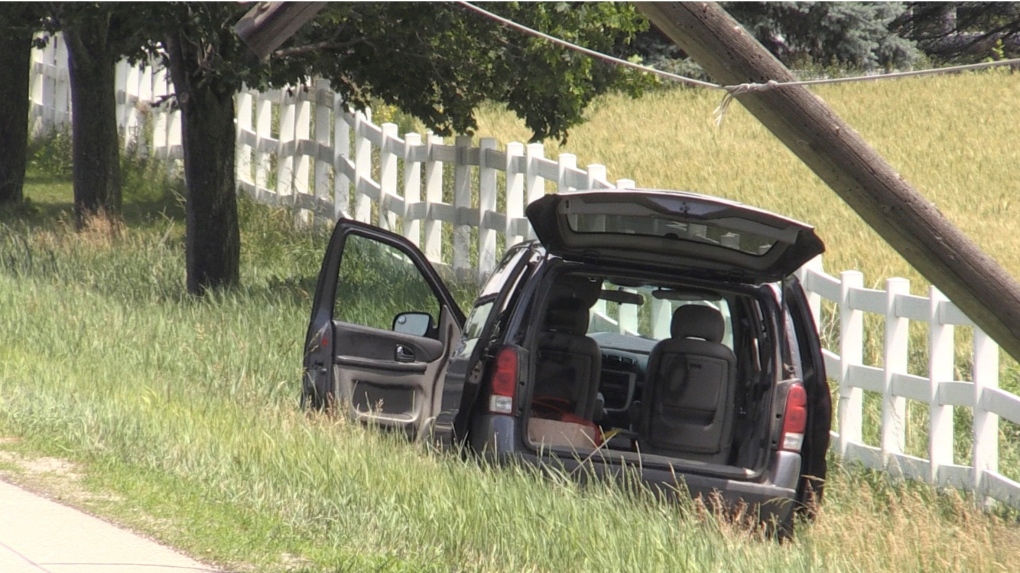 MIDDLESEX COUNTY, ONT. -- Power was knocked out to homes north of London on Friday afternoon following a single-vehicle collision with a hydro pole.

Ontario Provincial Police responded to Medway Road east of Hyde Park Road to find the driver of a van had fled the vehicle.

The driver was discovered a short distance away, treated for non-life-threatening injuries and taken into custody.

The van had been reported stolen.

An Ontario Hydro crew is on scene to restore power to the area.

On Twitter, Oxford OPP also indicated the suspect was wanted in connection with the theft of several air compressors from a business in Thamesford.