London police say threat to Mosque not motivated by hate 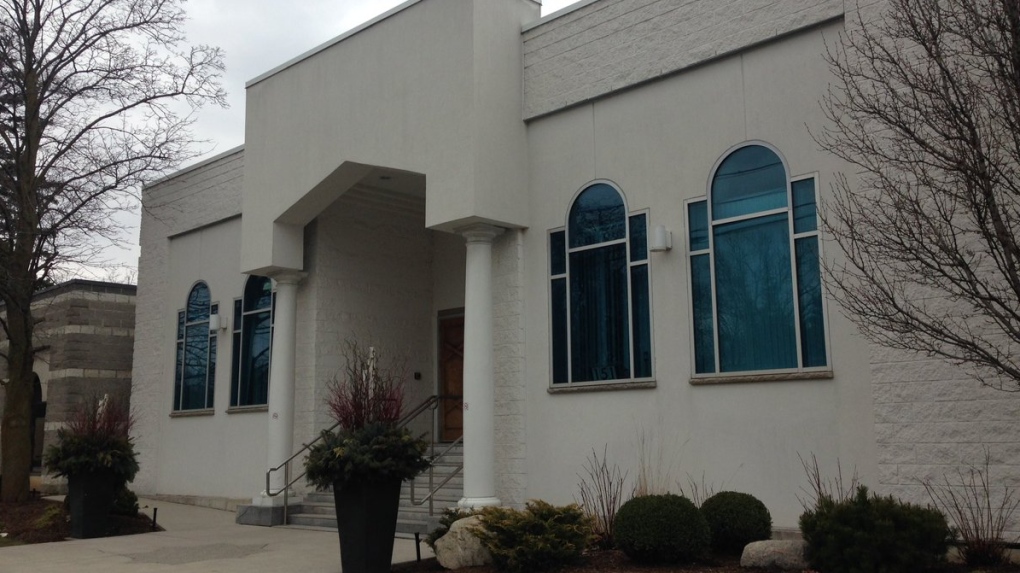 Police are investigating after alleged threats were made at the London Muslim Mosque on Sunday, March 19, 2017. (Natalie Quinlan / CTV London)

A 24-year-old London man has been arrested for uttering threats after police say he threatened to shoot worshipers at the London Muslim Mosque. But in a release issued Monday, police say the incident was not motivated by hate.

Police say shortly before 2 p.m. Sunday, police were contacted by the mosque about a male who had threatened to shoot those inside the mosque.

Police directed worshippers at the mosque on Oxford Street West to lock doors and officers rushed to the scene.

The suspect has been charged with the following:

• Failing to leave premise when directed

No one was hurt and no firearm was located.

In a statement released by the Mosque Sunday evening read:

"This afternoon, a young man entered the London Muslim Mosque during a prayer service, looking for food and assistance. After being provided with some food, he persisted in his asks. During a verbal confrontation the situation escalated and he made threats to those present. Staff and volunteers at the Mosque have been trained to call London Police in any circumstance where there is any suggestion of a security threat, and this protocol was followed."

The statement went on to say that the incident is not being treated as hate motivated and there this is no ongoing threat.

Numerous officers were dispatched to the mosque and police said occupants were able to keep the man outside until authorities arrived. The man was taken into custody without incident.

Police say there were about 50 people inside at the time of the alleged threats.

There was a large police presence - about 20 officers - at the mosque.