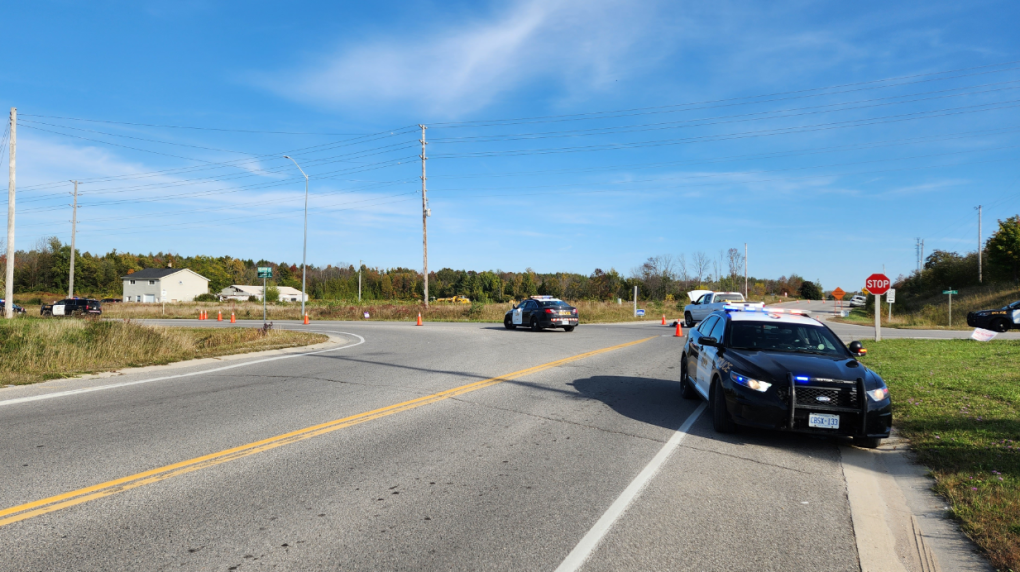 An investigation is underway after a crash between a motorcycle and a pick-up truck in Kincardine on Oct. 5, 2022. (Source: OPP/Twitter)

A passenger on a motorcycle has been airlifted to a London hospital with life-threatening injuries after a crash in Kincardine.

Just before 3 p.m. on Wednesday, OPP were sent to a two-vehicle crash between a pick-up truck and a motorcycle at the intersection of Highway 21 and Kincardine Avenue.

The driver of the pick-up truck was taken to a local hospital for treatment.

Police say the investigation is in the early stages and updates will be provided as they become available.