CTV News has learned that London-bred NHL superstar Nazem Kadri will bring the Stanley Cup to London this month.

His family and friends couldn’t be more proud.

"We’re proud of Nazem, proud of his journey," said Mo Haidar, Kadri’s brother in-law. "It’s almost so surreal for his family and his friends,” he added. Haidar is a member of Kadri’s charitable foundation and sits on the organizing committee for an upcoming parade. 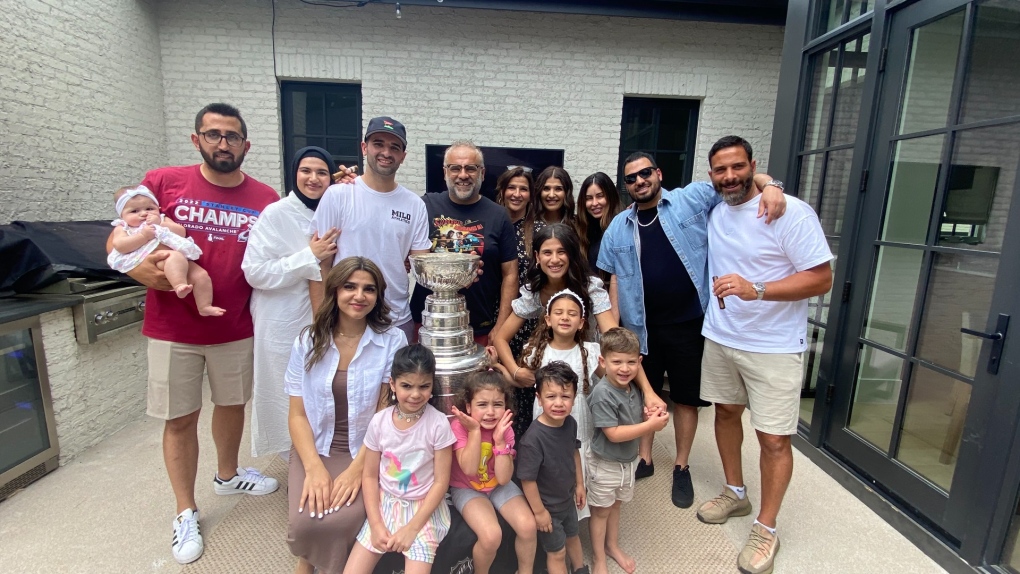 Nazem Kadri's family (Source: Mo Haidar)
He has confirmed Kadri will host the Stanley Cup in London on Saturday August 27.

A parade will depart at noon that day from the London Muslim Mosque. It will make its way east along Oxford St., then turn south on Richmond, and finish at Victoria Park. Fans can line the parade route, take in the celebrations, and offer their congratulations, said Haidar.

"Nazem will speak, he’ll be there with the cup so people can see it. People are encouraged to come out there and have a look and see the Stanley Cup first hand."

"The younger generations, and the youth coming up, it just shows that not only Muslims, but any group of minorities that anything is achievable. If you really have passion and you really want to achieve something, Nazem is a great example of that, and on the 27th you’ll be able to see the proof of that."

The town of Port aux Basque in Newfoundland is under a state of emergency as first responders cope with electrical fires, residential flooding, and washouts due to post-tropical storm Fiona.

Russian forces launched new strikes on Ukrainian cities Saturday as Kremlin-orchestrated votes took place in occupied regions to create a pretext for their annexation by Moscow, while hundreds of people were arrested in Russia for protesting a military mobilization order aimed at beefing up the country's troops in Ukraine.

The decision to put an end to some of the last vestiges of federal COVID-19 restrictions is expected to be announced officially on Monday.