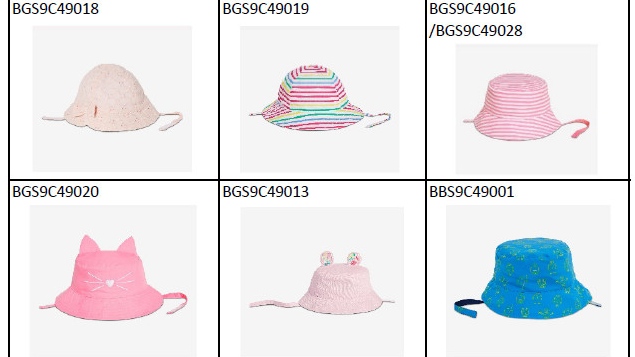 OTTAWA -- Health Canada has issued a recall on Joe Fresh brand baby sun hats because of a potential choking hazard.

The government agency says the loop fastener on the hats, which come in a variety of colours and patterns, may detach and pose a choking hazard.

The recall affects roughly 64,100 hats that were sold across the country between January and June 2019.

Health Canada says the company hasn't received any reports of injuries, but advises people to stop using the products immediately.

The hats were made in China and distributed by Loblaw Companies Ltd. at its stores including Shoppers Drug Mart, Atlantic Superstore, Extra Foods and Provigo.

They can be returned to any Loblaw-branded store for a full refund.