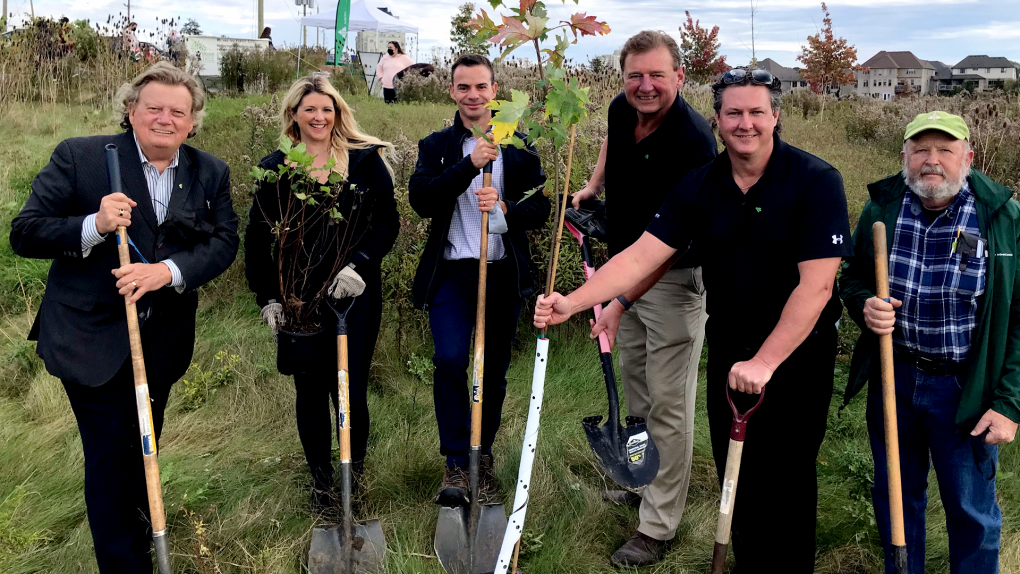 They planted 319 native trees and shrubs in an area surrounding a pond and a subdivision. 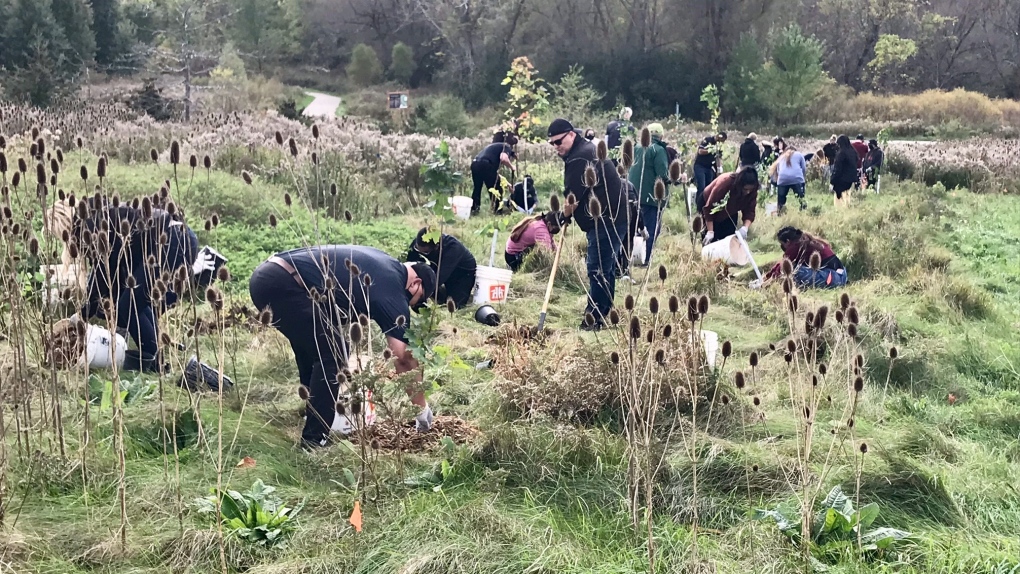 “If we don’t go ahead and plant these native trees on site today, there is a good chance what we’re going to end up with over time is a lot of invasive buckthorns and other trees that we don’t really want to have growing on this site.” 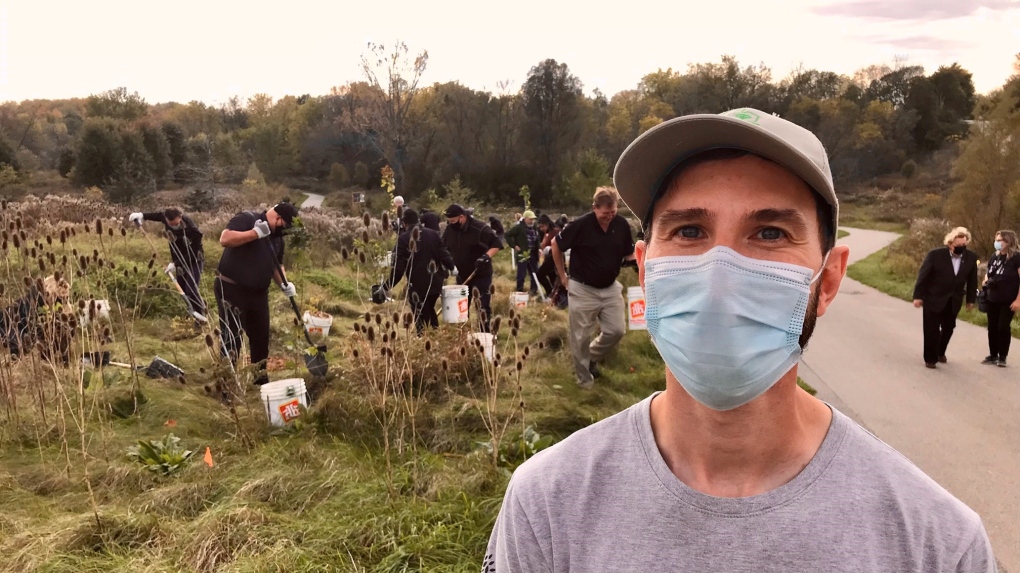 Moments earlier, he stated the efforts of all those helping, ensure London continues to live up to its namesake as Canada’s Forest City.

“It does matter what you’re doing here today particularly. And we’ve seen it right across our city from Veterans Memorial Parkway to our city land right here, where what we are doing is making a difference.”