“Words can’t even explain how wonderful I think this is.”

Impact London’s Site Manager George Clarke is full of optimism on the eve of London’s Winter Response to Homelessness.

Fanshawe Golf Course has been converted into a shelter and rapid re-housing program for Londoners currently living in tents.

Construction trailers converted into small bedrooms now surround one half of the club house which will offer common space, bathrooms and programming until March 1, 2022.

“We’re making a sense of home and a sense of community, so they can focus on themselves and not just what it takes to survive,” explained Clarke.

Impact London will operate the shelter with four staff, one manager and two security guards will be on site 24/7.

Programming will focus on building the life skills and accountability to be successfully housed. 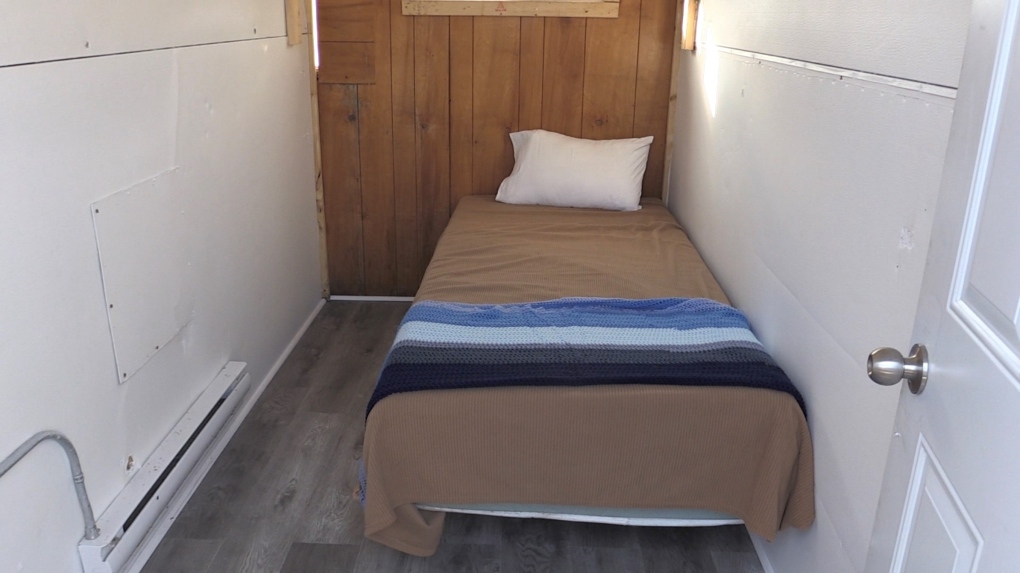 Fanshawe Golf Course has been converted into a shelter and rapid re-housing program for Londoners currently living in tents, Nov. 30, 2021. (Daryl Newcombe / CTV News)The remote location of the golf course, located between a busy rural road and lake, has raised concern about safety.

“Response times aren’t going to be as quick as if you are two blocks from the current fire hall, but the team here is well versed in supporting people through anything they need,” assures city hall’s Director of Housing Stability Craig Cooper.

Some local agencies will bring services to the site, and Impact London will offer a shuttle service to take residents to appointments elsewhere in the city.

“It is isolated, but I think that’s a benefit,” said Clarke. “They don’t have that (temptation) to wander off in the middle of the night or sneak out being way out here.”

Cooper says the location hasn’t impacted interest in living at the shelter.

“We have not hand anyone raise concern about not wanting to attend, everyone has been excited to come out.”