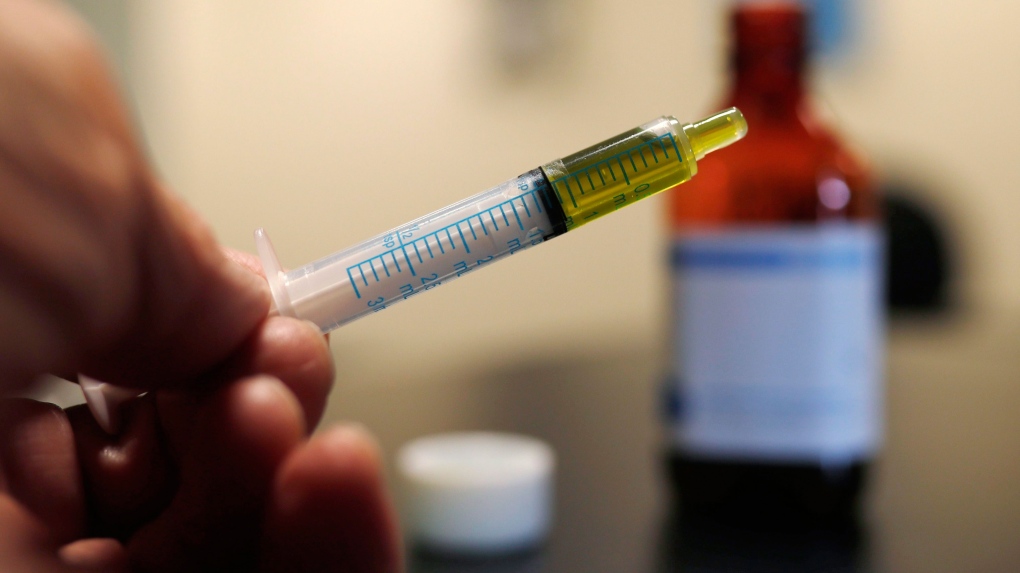 In this Monday, Nov. 6, 2017, photo, a syringe loaded with a dose of CBD oil is shown in a research laboratory at Colorado State University in Fort Collins, Colo. (AP Photo/David Zalubowski)

Sagueen Shores Police, Owen Sound Police, and the Hanover Police began an investigation into a business selling illeagal CBD products at three locations in March of 2019.

A Sc. 87 Cannabis Act Search Warrant was executed at 3 locations under the same business in Port Elgin, Owen Sound, and Hanover. Allegedly, illegal Cannabidol (CBC) products were being sold without a valid licence at all 3 locations.

The total seized from the 3 locations included approximately $30,000.00 in alleged illicit CBD products for sale, approximately $7400.00 in funds, computers and point of sales terminals, and retail store operational documents.CBD can be legally purchased, sold, and processed as long as the quantity of CBD falls within the parameters of The Cannabis Act. It also requires a legal license.

There is a misconception that CBD derived from Hemp is legal, however, CBD is actually regulated no matter its source.

All four adults were released, but are expected to appear in court at a later date.