The Forest City got some national exposure during the latest leg of CTV’s The Amazing Race Canada.

London, Ont. was the site for multiple challenges on the hit reality show.

“I'm honestly completely thrilled,” says Michelle Shipley, a freelance producer and Fanshawe College professor. “I've been in television for a very long time, and this is probably one of the highlights of my career.”

Shipley was hired to help with the episode, and scouted many locations in the city before eventually helping co-ordinate a few stops and challenges which were filmed in early May. 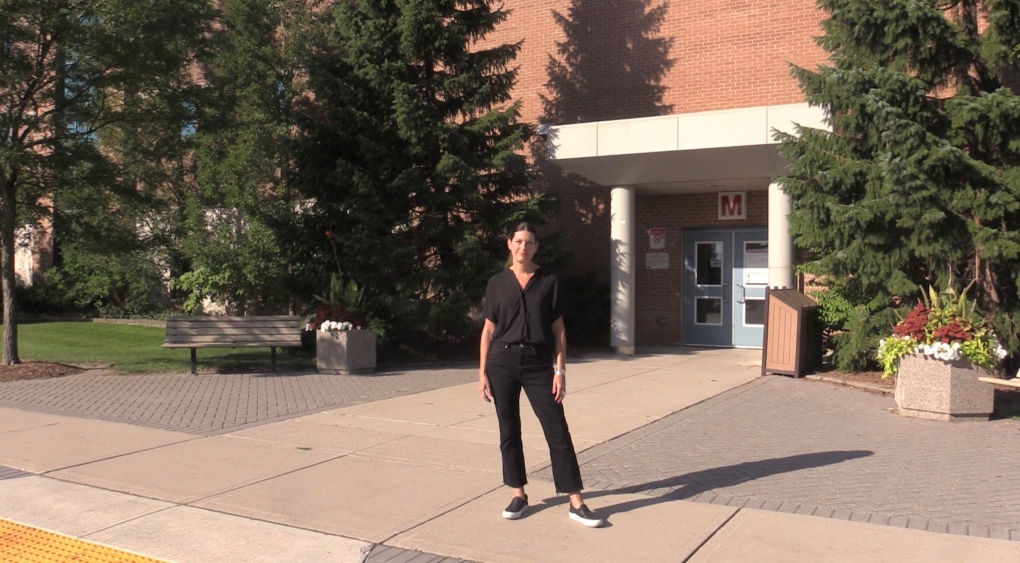 Michelle Shipley is a producer and Fanshawe College professor who helped coordinate the London, Ont.-based episode of CTV’s "The Amazing Race." (Brent Lale/CTV London)After arriving from Toronto by VIA Rail, the contestants went straight to East Park golf gardens.

They made their way around the property looking for a clue, eventually finding it at the wishing well on the 10th hole of the mini-golf course.

“The show introduced something called an ‘on-ramp’ which is where they allowed players who were previously eliminated to come back on the show,” says Justin Tiseo, manager of East Park.

He adds, “It's never been done before on the American or Canadian versions, so we're pretty fortunate to be able to be the first destination for that to happen.”

East Park staff held a viewing party on their patio Tuesday night as they watched the show.

Tiseo admits it was difficult to keep the production of the show quiet.

After grabbing their clue at East Park, racers made their way to Fanshawe College where they had a choice of two challenges. At main campus on Oxford Street, they could either assemble a piece of an airplane propeller or go to the downtown campus and use motion capture animation.

“So I thought that the airline was really unique, and that's a first for the Amazing Race franchise to do a challenge with the airplane,” says Shipley. 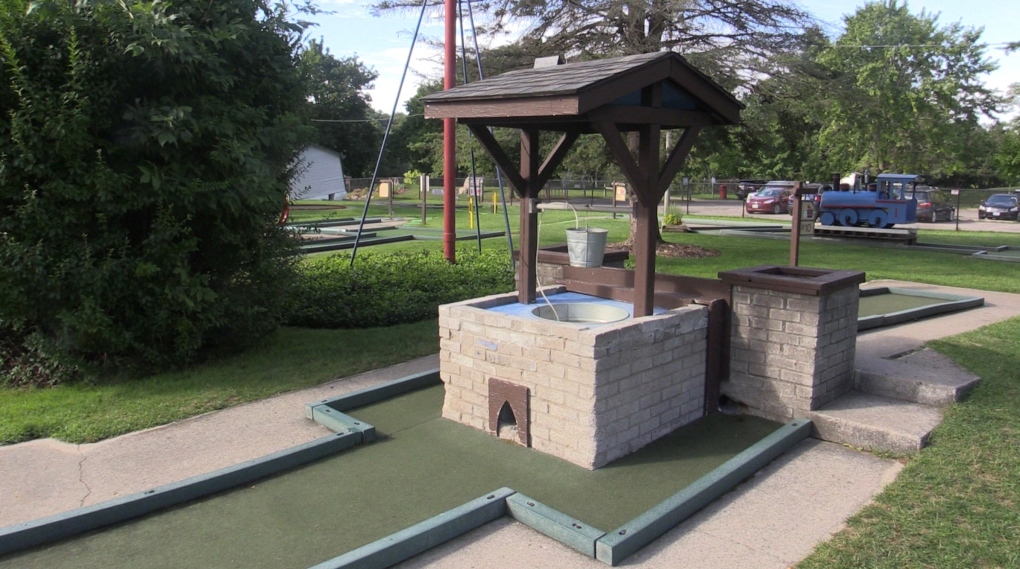 The wishing well mini-golf hole at East Park golf gardens was featured in the London, Ont.-based episode of CTV’s "The Amazing Race." (Brent Lale/CTV News London)She adds, “Then just to see the caliber and quality of the animation that was designed specific for creating John Montgomery's character, and then seeing some of our film intelligence students modeling was amazing.”

Shipley was also able to help employ some of her film and television students.

“I was told I needed to hire an additional 50 support people to work with the main crew,” she says.

“I knew straight away that giving the opportunity to our students here at Fanshawe College was the first place I was going to stop. So we hired 38 paid positions as production assistants, which is entry level into the industry. But what a way to enter the industry with one of Canada's largest TV series with 1.8 million viewers each episode,” Shipley adds.

From there racers made their way to the Middlesex Dog Agility Club, where they guided dogs through a challenge. After receiving their clue, it was off to Western University and the interdisciplinary research building.

Contestants were given a consumer-grade Muse meditation device.

“It has sensors and electrodes and what the participants did was they put this on their forehead and this helped us track their brain activity while they were doing the meditation challenge,” says Western University psychology professor Dr. John-Paul Minda.

As they were meditating, they were trying to be calm without having their mind wander. The device is paired with a phone, and the sounds would change to challenge them.

They then had to recover from their mind wandering. 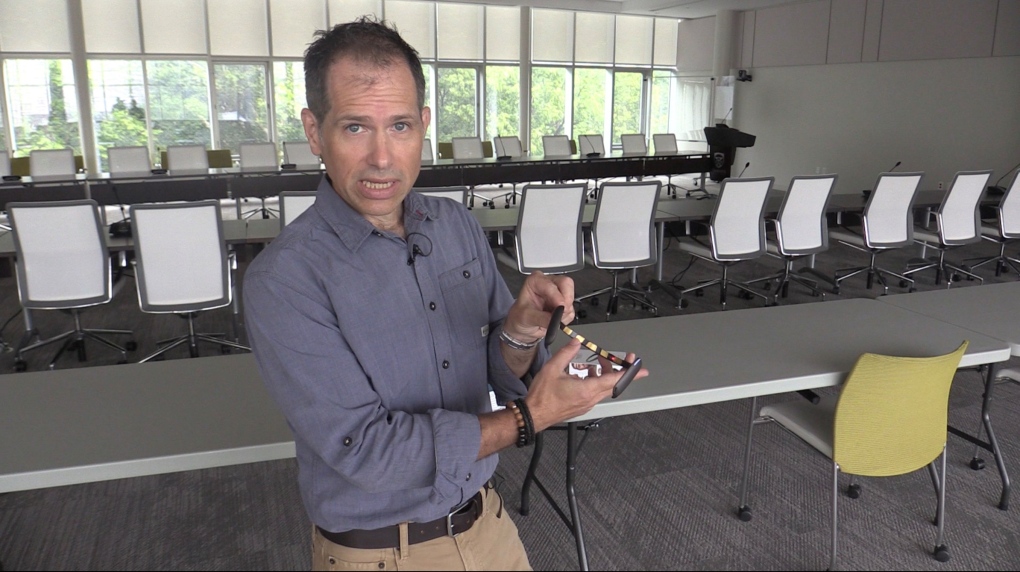 Dr. John-Paul Minda, a Western psychology professor shows off the Muse meditation device used on the London, Ont.-based episode of CTV’s "The Amazing Race." (Brent Lale/CTV News London)“We thought this would be a fun challenge because first of all, it showcases some of the research and the technology that we have in our neuroscience group and at the university but also we thought it was seemed like a really different kind of a challenge with competitive meditation,” says Minda.

The episode finished at Western’s Alumni Stadium as racers reached the pit stop with the 34-time national cheer champion Mustang team and the Mustangs band rooting them on.

Women’s varsity basketball player Jordyn Brooke Bryan was next to Montgomery welcoming them to the finish mat.

Shipley says London is a great spot for filming and the city was easy to work with to get permits for production. She feels it could become more of a hot spot for television.

Tiseo felt the entire show was great exposure for London.