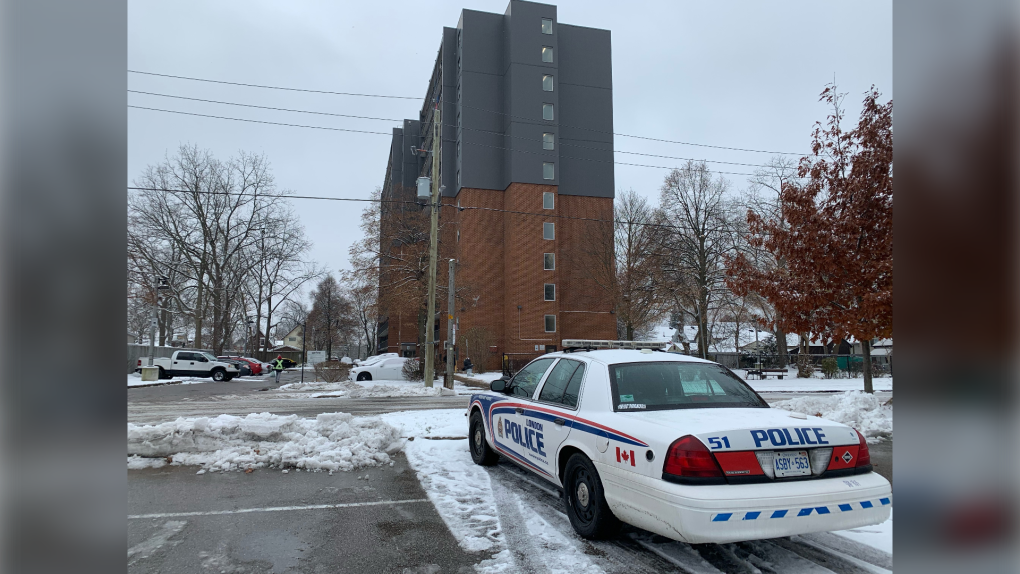 A firefighter was injured in an overnight apartment fire on Simcoe Street in London, Ont. on Sunday, Nov. 28, 2021. (Brent Lale/CTV London)
London, Ont. -

Just after midnight Sunday, London Fire responded to a call at 241 Simcoe Street, in the area of Horton Street East and Wellington Street.

A fire was reported on the 12th floor of the apartment building. One person was trapped on the balcony of the unit that was on fire.

All the upper floors were evacuated and buses were brought in to house building residents.

Firefighters had to make entry to extinguish the fire, and rescue the occupant from the unit.

London Fire Department Platoon Chief Kirk Loveland says, the blaze was so intense, that one firefighter had to be transported to hospital and was treated for burns.

Chief Loveland says the firefighter will be okay.

The unit occupant was also taken to hospital with minor injuries.