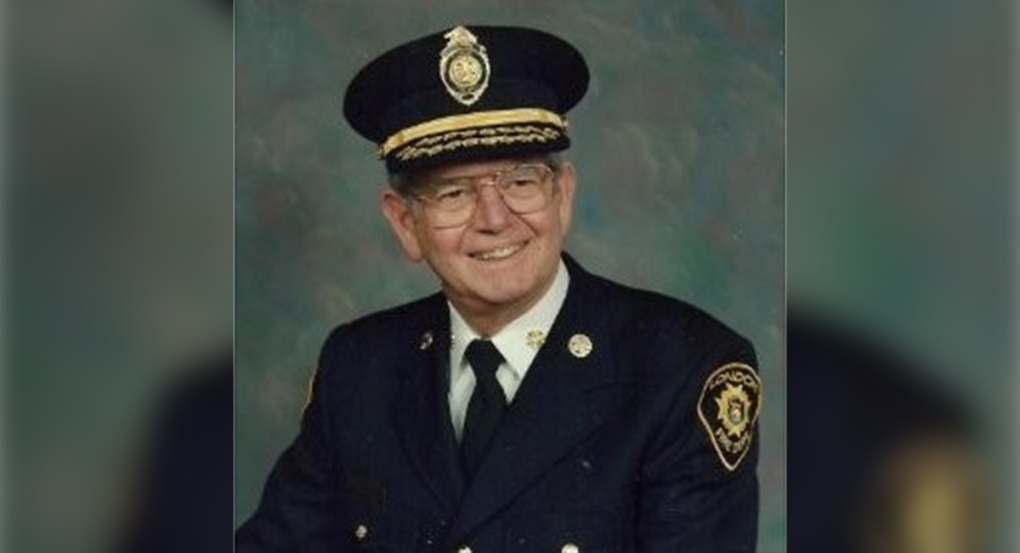 The City of London has lowered its flags Tuesday to honour the memory of former London fire chief Jim Fitzgerald.

London Mayor Ed Holder tweeted Tuesday he was saddened to learn of the death this morning, and directed the flags be lowered.

He added, "On behalf of all Londoners, we extend our deepest sympathies to his family, and gratitude for his service."

The London Fire Department also shared their condolences on Twitter, calling Fitzgerald a "charismatic gentleman with a kind heart, love of the fire service and compassion for all."

Fitzgerald served for more than 50 years, officials said, starting as a probationary firefighter up until achieving the rank of chief.

He also continued to visit fire stations after his retirement, telling stories to active members over a cup of coffee, the department added.

No details have yet been released on memorial services.

With very heavy hearts we acknowledge Retired Fire Chief Jim Fitzgerald’s passing. Chief Fitzgerald was a charismatic gentleman with a kind heart, love of the fire service & compassion for all. Our thoughts & prayers are with Platoon Chief Shawn Fitzgerald and his family. #ldnont pic.twitter.com/2kXFFV8yuL

Taliban hang body in public; signal return to past tactics

The Taliban hanged a dead body from a crane parked in a city square in Afghanistan on Saturday in a gruesome display that signaled the hard-line group's return to some of its brutal tactics of the past.