London police have laid charges in connection with a crash on Riverside Drive that left an eight-year-old girl dead.

Nine others from the Brownie group (Girl Guides ages seven and eight) were injured, some seriously. The driver was not hurt.

Investigators have said the group of Girl Guides was walking eastbound on the north side of Riverside when a westbound vehicle struck another vehicle, a light standard and a tree before colliding with the group of pedestrians.

London police Const. Sandasha Bough said, "Members of our Traffic Unit had a lengthy and complex investigation into what transpired. While we can’t speak to the outcome of that investigation, we can say all of the details will come out through the court process."

Lawyer Phillip Millar will represent McNorgan and tells CTV News London, "There are intentional acts, then there are accidents, this is definitely an accident."

Millar said his client was driving westbound along Riverside approaching Wonderland and then, "Her brakes didn’t work when she came down the hill. She had them serviced that day. She’s not saying that’s exactly what happened, but the brakes were not working and she was struggling to find a way to stop. She hit a couple cars, a tree and, tragically, some people."

London-based lawyer Richard Braiden is not involved in the case, but explains criminal negligence charges are much more serious than careless or dangerous driving and typically a conviction means jail time.

However, he said the Crown must prove, "Wanton and reckless disregard for the safety of others. So basically it’s a very high level of reckless behaviour. It’s basically at the top of the list for seriousness in these types of matters."

Millar said he intends to mount a vigorous defence and asks the public not to rush to judgement.

"There is often a call for blood and justice in the world when something tragic happens. People are just happy someone is charged without knowing what happened."

None of the allegations have been proven in court. McNorgan is next scheduled to appear in a London court on April 13. 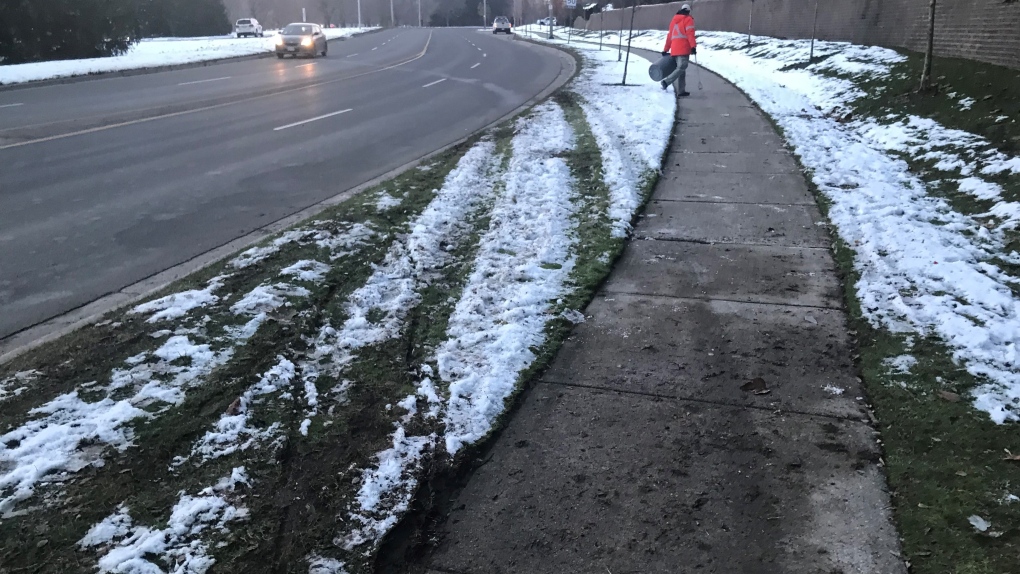 Tire tracks are seen at the scene of the collision in London, Ont. on Wednesday, Dec 1, 2021. (Sean Irvine / CTV London)

An 18-year-old gunman opened fire Tuesday at a Texas elementary school, killing at least 19 children as he went from classroom to classroom, officials said, in the deadliest school shooting in nearly a decade and the latest gruesome moment for a country scarred by a string of massacres. The attacker was killed by law enforcement.