Barn near Bluevale destroyed by fire 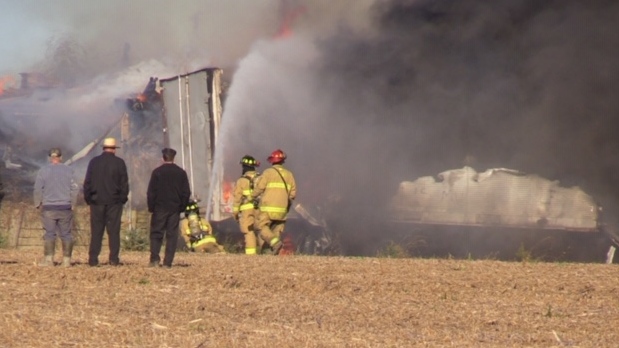 WINGHAM, Ont. - A barn was destroyed by fire near Wingham, Ont. Friday afternoon.

North Huron fire crews were called in just before 4 p.m. Thick black smoke could be seen for miles from the scene.

Crews arrived to find a fully engulfed wooden bank barn. The flames quickly levelled the barn and a nearby parked tractor trailer.

Crews have since contained the blaze, but were expected to remain on scene for several hours.

It’s unclear if there were any animals in the barn at the time of the fire.

A section of Ramsey Line was closed as firefighters dealt with the scene.