Residents of a quiet neighbourhood in Aylmer are feeling shock and sadness after a number of ducklings they watched grow up were discovered on Dufferin Street, allegedly killed intentionally.

“They became almost like a pet to the neighbourhood, in a way,” says Dufferin Street resident Douglas Butt.

It was one day this past spring Butt says a mother mallard laid 10 eggs next to his backyard pond. Nine eggs hatched, and eight ducklings in total survived.

“Across the way they have two little kids, and they’d come across and they’d feed them Cheerios,” he adds. “And they’d hang out on the front there, and they’d wander down the street and people would see it. And I didn’t think they were bothering anybody.” 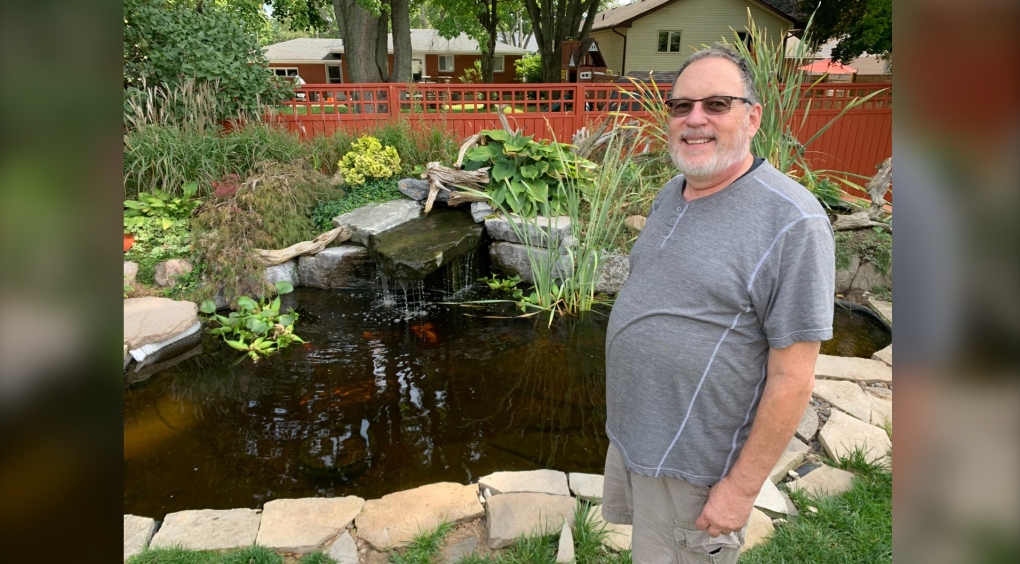 Douglas Butt stands in front of his backyard pond where a duck family lived on September 20, 2022. (Bryan Bicknell/CTV News London)

But tragedy struck last Friday when the neighbourhood woke up to a police investigation outside their doors and on the street. Four dead ducks had been discovered “strategically placed,” according to Aylmer police, each of them between 10 to 15 meters apart along the street.

Their necks had been snapped.

Butt’s next door neighbour Kathleen Tribe says that about 1:00 p.m. Friday morning, she began hearing what she now believes were distress calls.

Neighbour George Sinden thought the waterfowl had been run over by a vehicle. He was thoroughly disgusted when he learned how police believe they met their fate.

“They were getting to be larger all the time,” he says of the beloved feathered friends. “It was our neighbourhood little friend. Ridiculous.”

Aylmer police are investigating the incident as suspected animal cruelty — a criminal offence which could result in jail time with a conviction.

“Certainly it’s outside of the norm,” says Deputy Police Chief Kyle Johnstone. “Most people do have a soft spot for animals, and nobody likes to see animals killed for reasons untoward.”

Johnstone also says the Minister of Natural Resources has been contacted and is involved in the investigation.

In the meantime, there may be one glimmer of hope for this duck tale.

While the fate of two ducklings is unknown, Butt says he found two survivors, which he dropped off at a nearby conservation area — and that’s exactly where CTV News London found them waddling through the grass, appearing to enjoy their new surroundings.

Butt says he couldn’t be happier, but he’s saddened by what happened in what he thought was a cozy, quiet, duck-friendly neighbourhood.

“You know it was just a shame that people would do this to nature. It was a beautiful thing here to see us go through this, and it’s just sad,” he says.

Anyone with information about the deceased ducks is asked to contact Aylmer police at 519-773-3146, Crimestoppers at 1-800-222-8477, or submit a tip online on the St. Thomas Crime Stoppers website.

The deaths of four University of Idaho students nearly three weeks ago have riled up thousands of would-be armchair sleuths, many of whom are posting speculation and unfounded rumors about the fatal stabbings online.

After 300 hours of testimony, 9,000 exhibits and a few major revelations, the public portion of an investigation into the first-ever use of the Emergencies Act ended Friday with a deep dive into questions about government accountability and transparency.

Hockey Canada says there were more than 900 documented or alleged incidents of on-ice discrimination -- verbal taunts, insults and intimidation -- across all levels and age groups during the 2021-22 season.