Urgent response to London house fire: 'We were told en route there were still people trapped inside the home'

Urgent response to London house fire: 'We were told en route there were still people trapped inside the home' 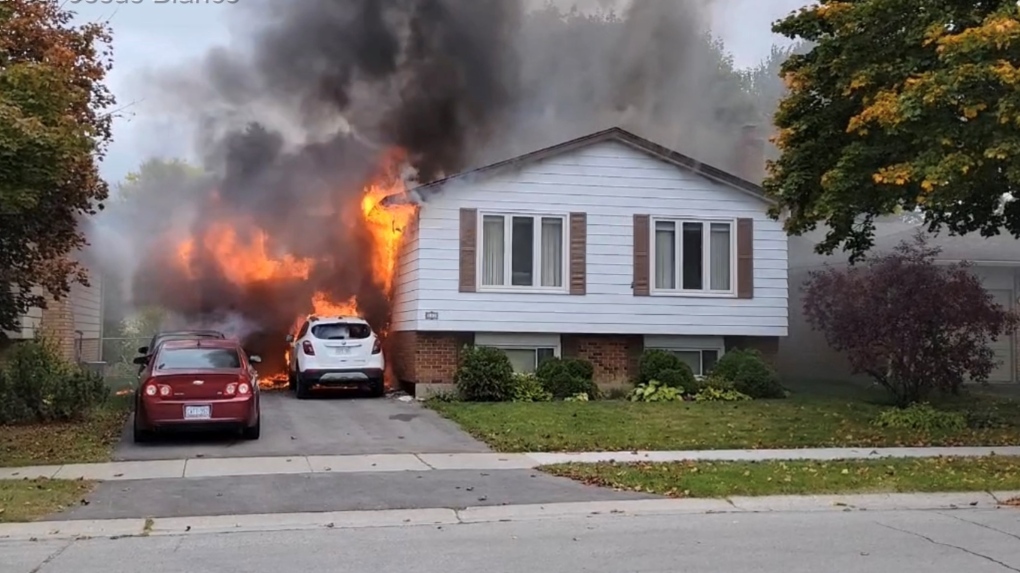 Smoke could be seen for kilometers after a blaze broke out in a west London home over the noon hour.

That's about the time Jesus Blanco heard a loud bang and came out to see the garage of his neighbour’s home covered in flames, with those flames spreading quickly.

Initial reports to the London Fire Department indicated there were people in the home.

"We were told en route that there were people still trapped inside the home,” says Platoon Chief Gary Mosburger, “With that situation it becomes a very heightened level of response for us.” 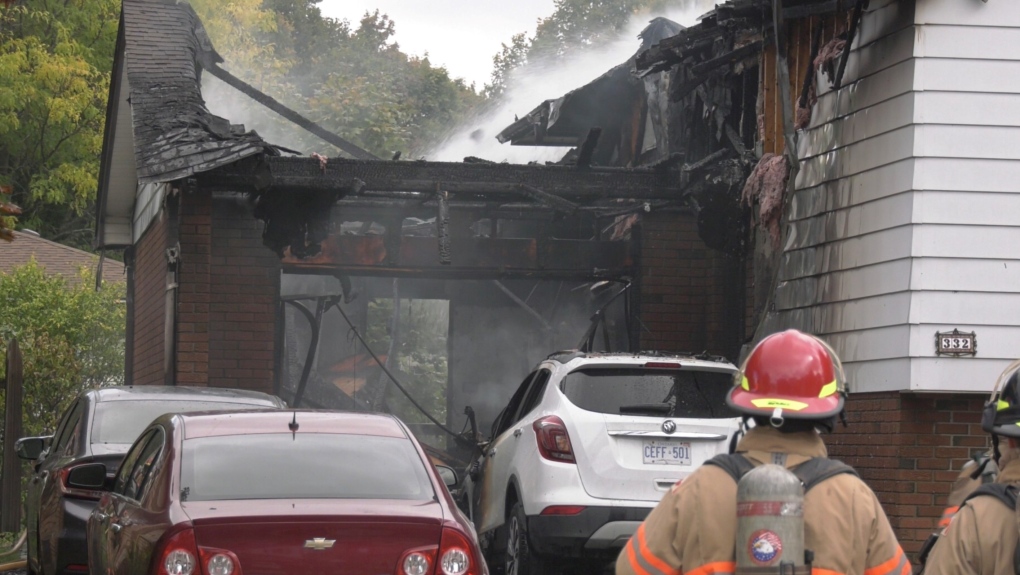 Firefighters responded to a structure fire at 332 Blue Forest Drive in London, Ont. on Friday, Oct. 7, 2022. (Courtesy: Jesus Blanco)As it turns out, Marilyn Jones, her husband and her grandson all made it out safe.

Jones was checked out by paramedics shortly after.

"We just finished eating lunch and then my husband -- we were eating in the dining room -- went by to go down the hall and he said ‘my gosh the house is on fire,’" Jones said.

Jones says ended up going downstairs to avoid the smoke and flames.

Officials say the fire appears to have started in the attached garage. One of the complicating factors was that the door between the garage and the home was left open. They say a closed door can go a long way to inhibiting the spread of a blaze. 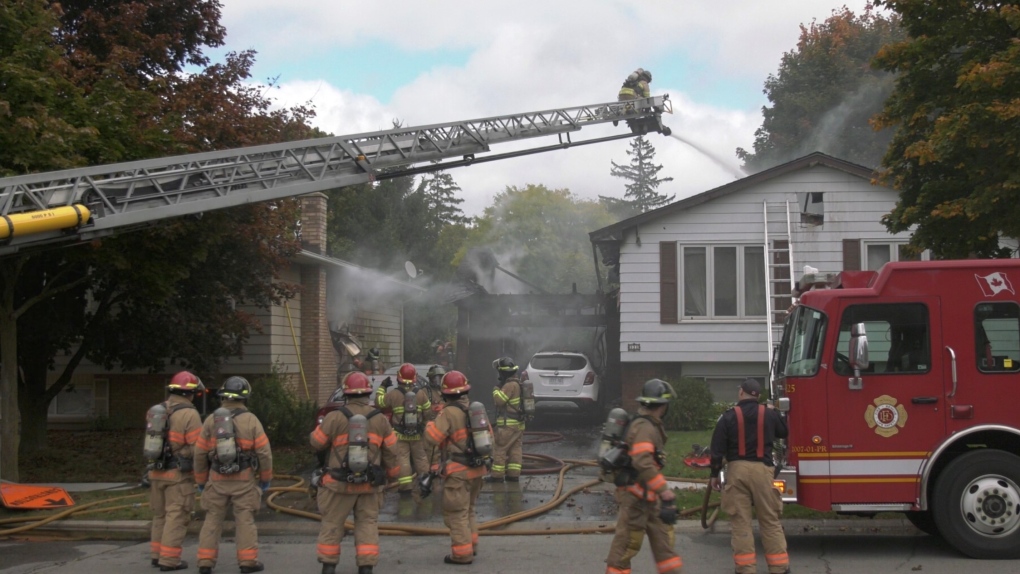 Firefighters responded to a structure fire at 332 Blue Forest Drive in London, Ont. on Friday, Oct. 7, 2022. (Courtesy: Jesus Blanco)Mosburger says the other critical factor on this day was the weather.

"We call this a wind-driven fire. As soon as you have a bit of wind like this it will drive the fire depending on the wind direction and, in today's case, in the wrong direction for us,” he said.

Once the fire broke through the roof, fire crews took a defensive position using an aerial truck to bring it under control. They managed to do that at around 1:30 p.m.

The fire also did some damage to a neighbouring home.

Officials say, based on early estimates, the fire caused over $500,000 in damages. The cause remains under investigation.

Actress Kirstie Alley has died after a brief battle with cancer, her children True and Lillie Parker announced on her social media.

Elon Musk's Neuralink, a medical device company, is under federal investigation for potential animal-welfare violations amid internal staff complaints that its animal testing is being rushed, causing needless suffering and deaths, according to documents reviewed by Reuters and sources familiar with the investigation and company operations.