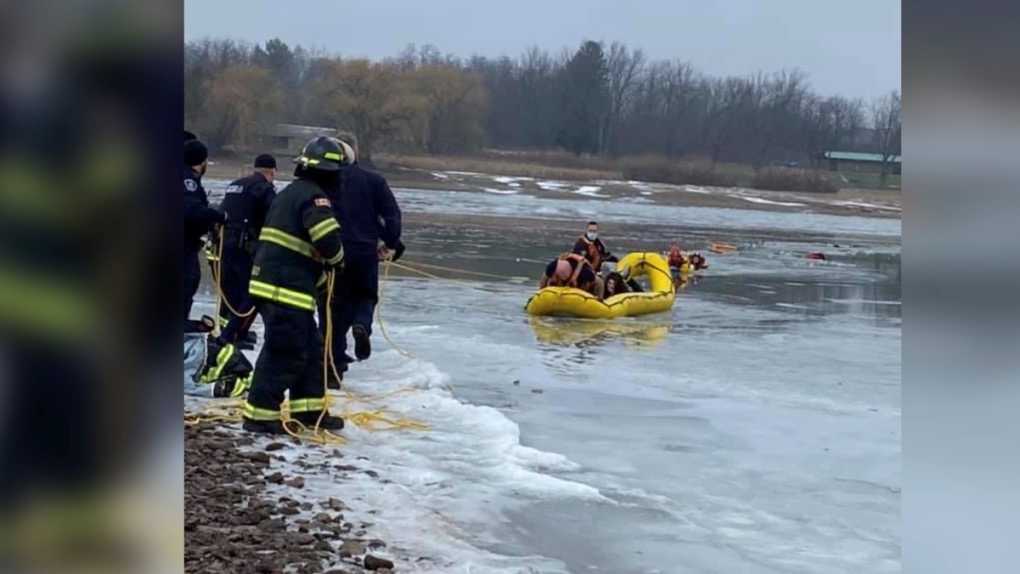 WFD B shift got the call for 2 youth that fell through the ice ⁦@PittockCA⁩ and were quickly able to deploy their ice water rescue apparatus and bring them safely to Paramedics! ⁦@Woodstock_PS⁩ was also key in assisting in this rescue! #stayofftheice #thankyou pic.twitter.com/fBuG1bOSsC

One of the boys was able to get himself out of the water and onto ice where he was pulled onto shore by emergency crews.

The other boy was rescued from the water.

Woods says both boys were handed over to Oxford County Paramedics and transported to Woodstock General Hospital.

“They would remind you that it’s a very serious situation and that ice is not something to walk on or test your faith with, stay on the shore and stay safe,” Woods says.