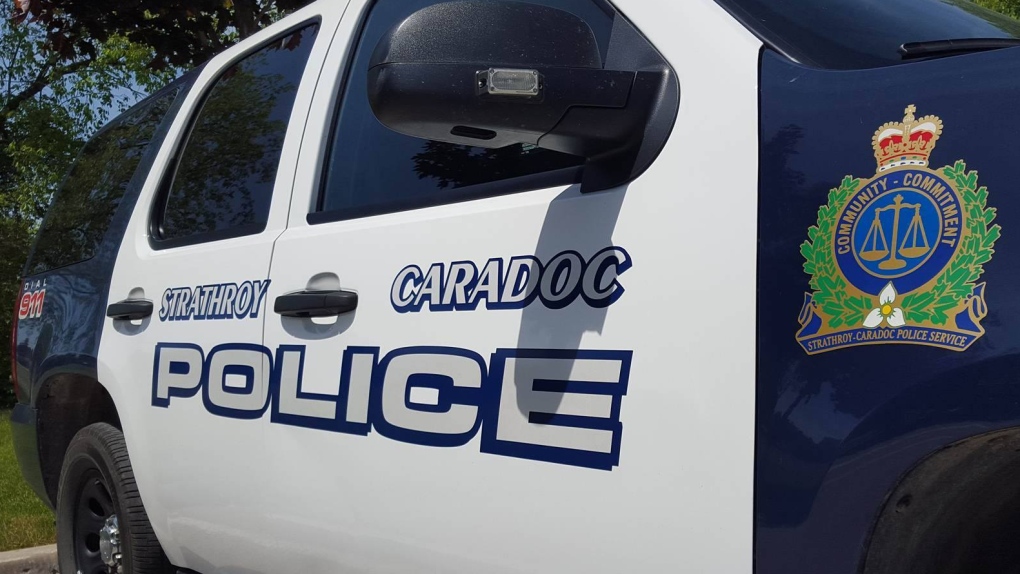 Strathroy police are asking the public for help in identifying two suspects who stole multiple vehicles and assaulted a homeowner early Wednesday morning.

According to a press release issued by the Strathroy-Caradoc Police Service on Wednesday, at approximately 1:15 a.m., two unknown suspects, one man and one woman, attended a Queen Street address in Strathroy, Ont. and stole a truck and a trailer.

While fleeing in the stolen vehicle the suspects then struck a parked car on English Street, after which they attempted to steal a second vehicle.

During the theft, police said the homeowner attempted to confront the suspects and was assaulted with a weapon. The victim sustained minor injuries and was treated on scene by paramedics.

According to police, the suspects are described as: