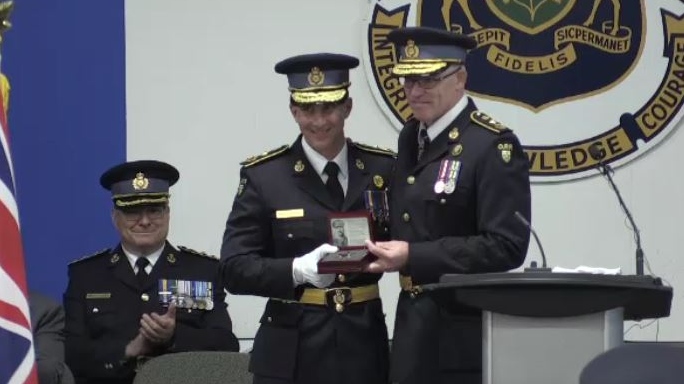 Thomas Carrique is officially the new commissioner of the Ontario Provincial Police.

He was honoured at a Change of Command ceremony at the Ontario Police College in Aylmer, Ont. on Thursday afternoon.

In a statement Carrique said, "I consider it an honour and privilege to serve the OPP and the citizens of Ontario - and I will do so - to the best of my ability - and with the best interest of our province and our members at the forefront of all my decisions - and as the foundation for all my actions. I believe our citizens and the dedicated women and men of the OPP deserve nothing less."

He was previously the deputy chief for York Regional Police.

Carrique wasn't the first choice for the job -- Toronto Police Superintendant Ron Taverner was initially tapped for the role.

Taverner is a long-time family friend of Premier Doug Ford, and he decided not to accept the job amid accusations of nepotism.