Many people are still cleaning up debris while others remain without power in London, Ont. Sunday after a powerful severe thunderstorm rolled through southern Ontario Saturday.

According to London Hydro, 38 outages in the London area remain Sunday afternoon.

On Saturday, 32,000 customers lost power, while that number has now decreased to approximately 2,500. Old East Village is the site of the largest power outage, where more than 500 customers remain without power.

“Because of the intensity of the storm, there is a severe damage in some areas, which means cleaning up trees and downed lines in order to get the power back on,” said Nancy Hutton, a spokesperson with London Hydro. 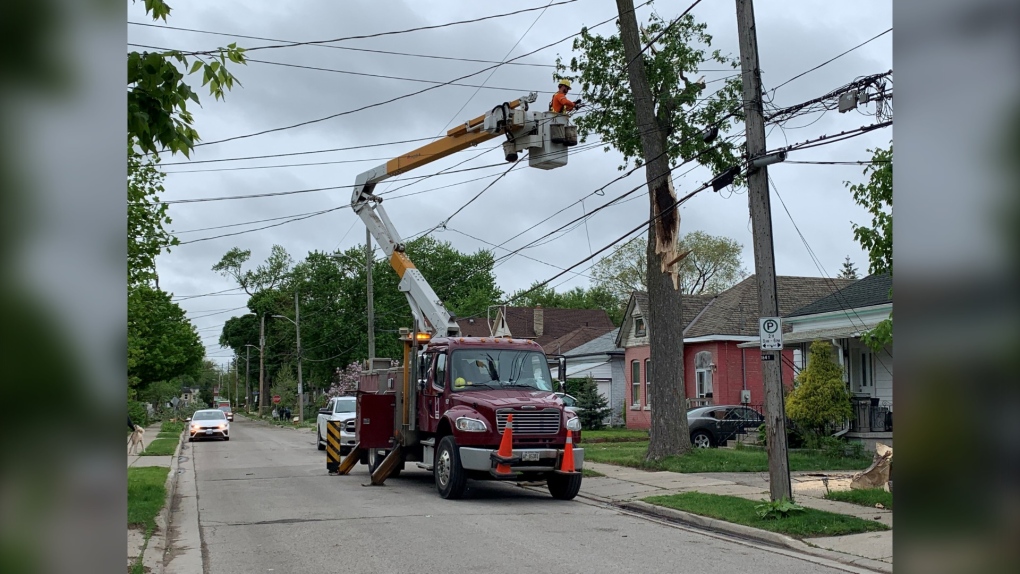 A London Hydro truck is seen on May 22, 2022 after a severe thunderstorm tore through the region and toppled trees and downed power lines. (Brent Lale/CTV News London)

Hutton added that the amount of damage and downed trees and power lines are compounding the restoration of power, so it’ll take longer to resolve the outages for the remaining 2,500 customers.

The City of London is working to clear streets of fallen trees in order to get hydro trucks in.

“London Hydro said that they're starting but there's not much of a chance we're gonna get hydro today. It means go borrow a generator from a friend and hope that we can save some of the food in the fridge,” said Princess Avenue resident Michael Jarvie.

London Ward 4 Coun. Jesse Helmer also tweeted Sunday morning, “Thank you to the crews working to restore power and to neighbours who are helping each other out.”

According to Environment Canada, more than 350,000 customers across the region lost power during Saturday’s storm, and many of those outages still remain into Sunday.

Meanwhile, Hydro One tweeted out Saturday night that they “anticipate it will take several days to restore power after today’s destructive storm.”

For east London resident Michael Lewis, a fallen tree crushed his fence. Like many Ontarians, his next steps are to reach out to his insurance company.

“When we do, we hope to get a claims assessor up to see where we stand. We are very hopeful of course this tree will be on city property and consequently be handled by the city,” he said. 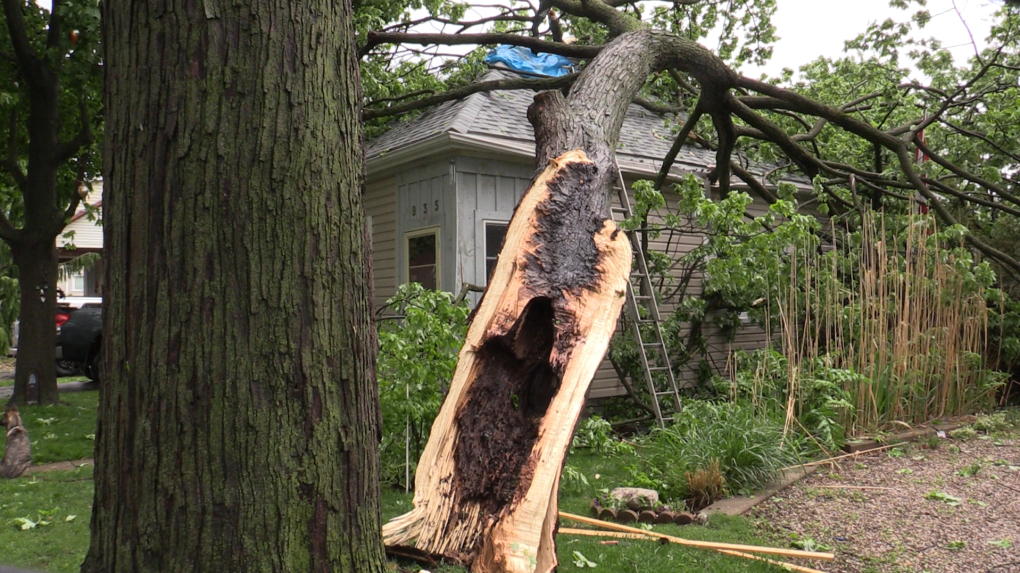 A massive tree broke off and landed on this house on Princess Ave. in London, Ont. after severe thunderstorms on May 21, 2022. (Brent Lale/CTV News London)

How the storm impacted the rest of the province

Across the region, the storm has claimed the lives of at least eight people.

One woman in Brampton was killed by a falling tree, another person was killed when a tree fell on their camping trailer at Pinehurst Lake Conservation Area, near Kitchener, and two more people died in Ottawa after being struck by falling trees.

An eighth person died in Quebec after their boat capsized in the Ottawa River.

Down to 58 outages (from 118). Restored in parts but not all of #oev. Thank you to the crews working to restore power and to neighbours who are helping each other out. https://t.co/QZC3zNCqIg pic.twitter.com/kp8G6i0y3v

Russia strikes Kyiv as troops consolidate gains in the east

As Senate-confirmed justices end Roe, how will voters react?

Republicans are heading into a November midterm election that is poised to swiftly become a referendum on the court's decision to overturn Roe v. Wade, as voters decide which party should control Congress