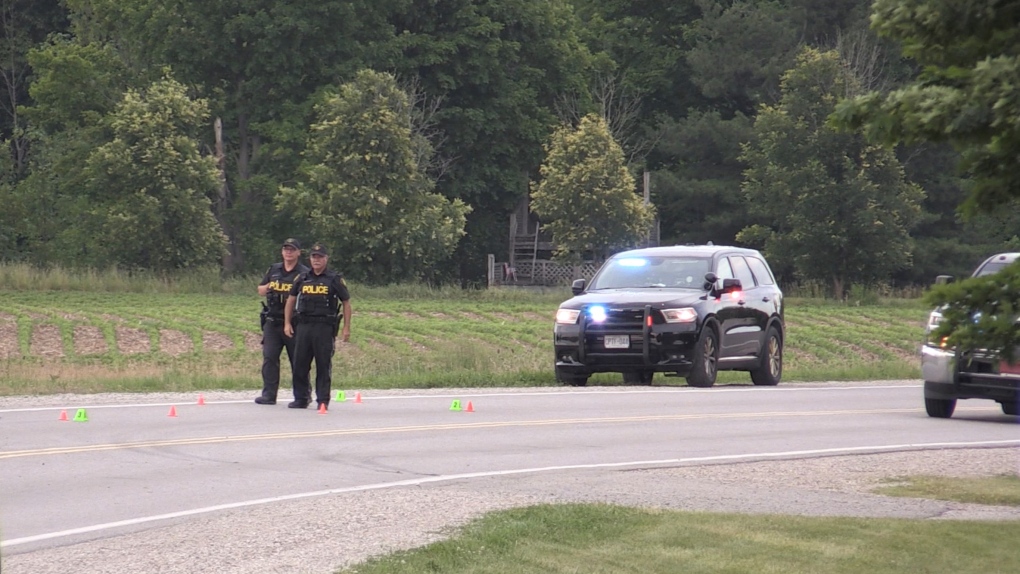 A motorcyclist died at the scene of a collision on Heritage Line in Bayham on Tuesday.

According to OPP, police believe the motorcycle was riding eastbound on Heritage Line when it collided with a car travelling westbound before 6:00 p.m.

The motorcyclist was ejected and pronounced deceased at the scene.

The driver and passenger of the car were transported to hospital as a precaution, but their current status is unknown.

“Our thoughts are with those individuals, they are very lucky to have survived,” OPP Acting Sergeant, Ed Sanchuk told CTV News.

“I’ve seen a lot of things in my time in 23 years, this is something that you never want to see again,” he said.

The identity of the deceased motorcyclist has not been released.

Sanchuk had a final message for motorists.

“I used to ride myself, please keep your head on a swivel, that you’re following the rules of the road and wearing your safety equipment,” he said.

Heritage Line will be closed east of Maple Grove Line until early Wednesday morning for the investigation.